A Special Yoga Session was jointly organised by the Embassy of India and India Tourism, Singapore, as part of the day long extravaganza showcasing Indian dance, Bollywood songs and cinema at Pacific Place from 11.30 am to 12.30 pm today. JNICC teacher, Ms. Jeevitha conducted the Yoga session with much fanfare and enthusiasm. The Yoga participants started registering their names from 9 am in the morning. There were about 80 participants from all ages between 18 to 58 who practiced Yoga. It started with a brief introduction by the Yoga Teacher about Yoga and its benefits, which was followed by the practicing of the Common Yoga Protocol. 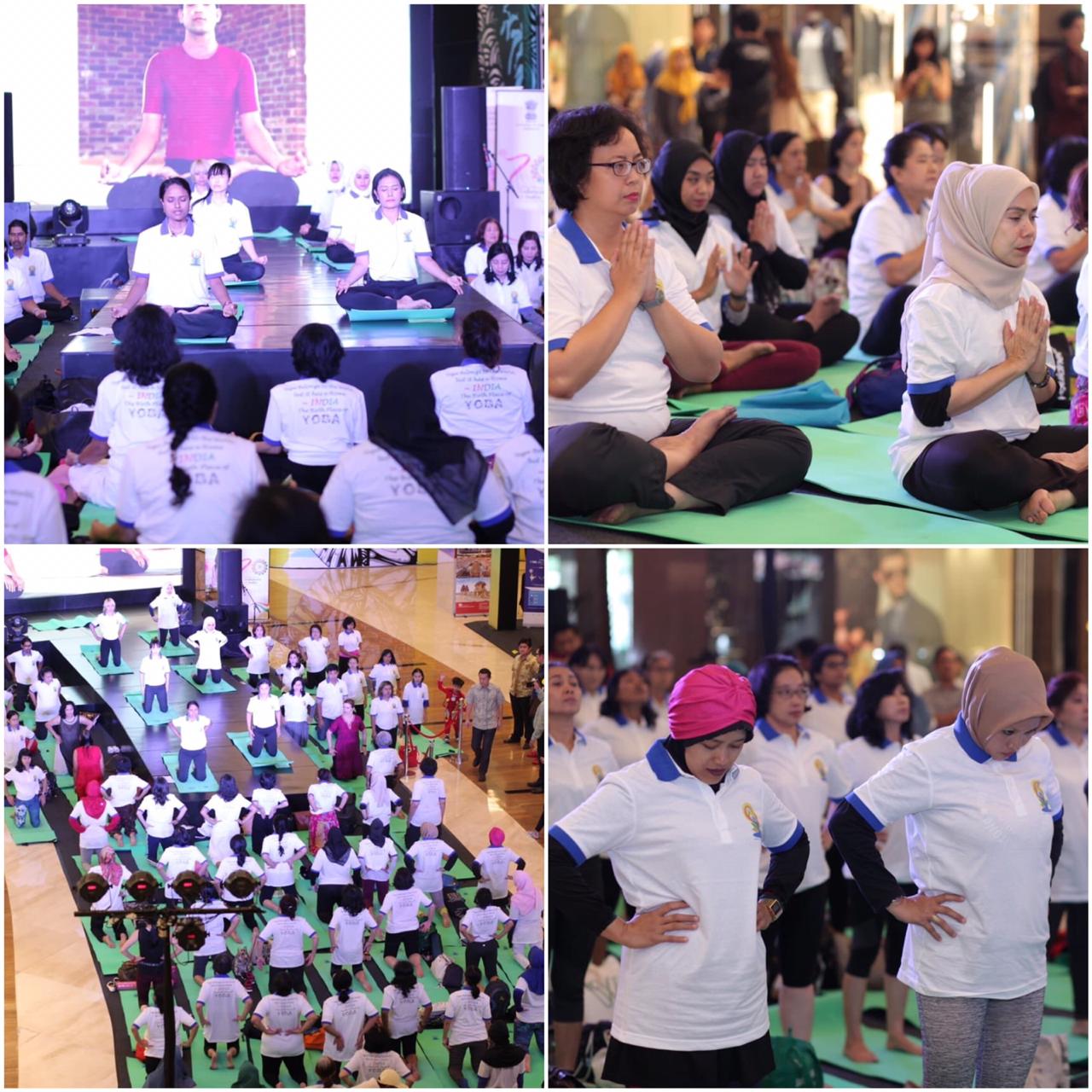 The event was organized as part of the ongoing celebration of 70th Anniversary of India-Indonesia Diplomatic Relations and aimed to promote bilateral tourist traffic between two countries.