Celebration of 75th Independence Day of India in Jakarta

The Embassy of India, Jakarta celebrated the 75th Independence Day on 15th August, 2021 with enthusiasm, zeal and patriotic fervor.

The celebration was held at the India House as a part of "Azadi ka Amrit Mahotsav" and to mark "India at 75" festivities. It began with the hoisting of the National Flag by the Ambassador of India to Indonesia, H.E. Mr. Manoj K. Bharti, followed by singing of the National Anthem. The Ambassador read out the Hon’ble President’s address delivered on the eve of Independence. A brief cultural programme was organized which included rendition of patriotic songs and classical dance performance by talents from the Indian diaspora and the Embassy families. A quiz competition was organized as a run-up to the Independence Day, and its winners were honoured at the event.

The ceremony was attended by the officials and family members of the Embassy and India's Mission to ASEAN, and representatives from Indian diaspora while observing the social distancing norms. The Indian Community and friends of India joined the event virtually through the Embassy's YouTube channel, in view of the Covid 19 pandemic. On the eve of Independence, Gama Tower- Indonesia’s tallest building got illuminated with the digital banner of the flag of India.

On this occasion, respecting the health restrictions, a virtual celebration was also organised where Excellency Mr. Abdul Kadir Jailani, Director General- Asia Pacific and Africa, Ministry of Foreign Affairs, Indonesia joined as the Chief Guest. Ambassadors and Delegates from other Embassies as well as the friends of India joined virtually. After virtual rendition of national anthem of India and Indonesia, the Ambassador in his address highlighted how the bilateral relations between India and Indonesia have stood the test of time. Both the countries have found new ways of enhancing the ties including the ongoing cooperation for humanitarian assistance during the Covid-19 pandemic.

The Chief Guest highlighted the similarities between India and Indonesia as regional powers and the scope of further co-operation in fields such as international co-operation, COVID-19 pandemic management. The online celebration was a success and concluded with impressive traditional cultural performances consisting of Odissi and Bharatanatayam dance. 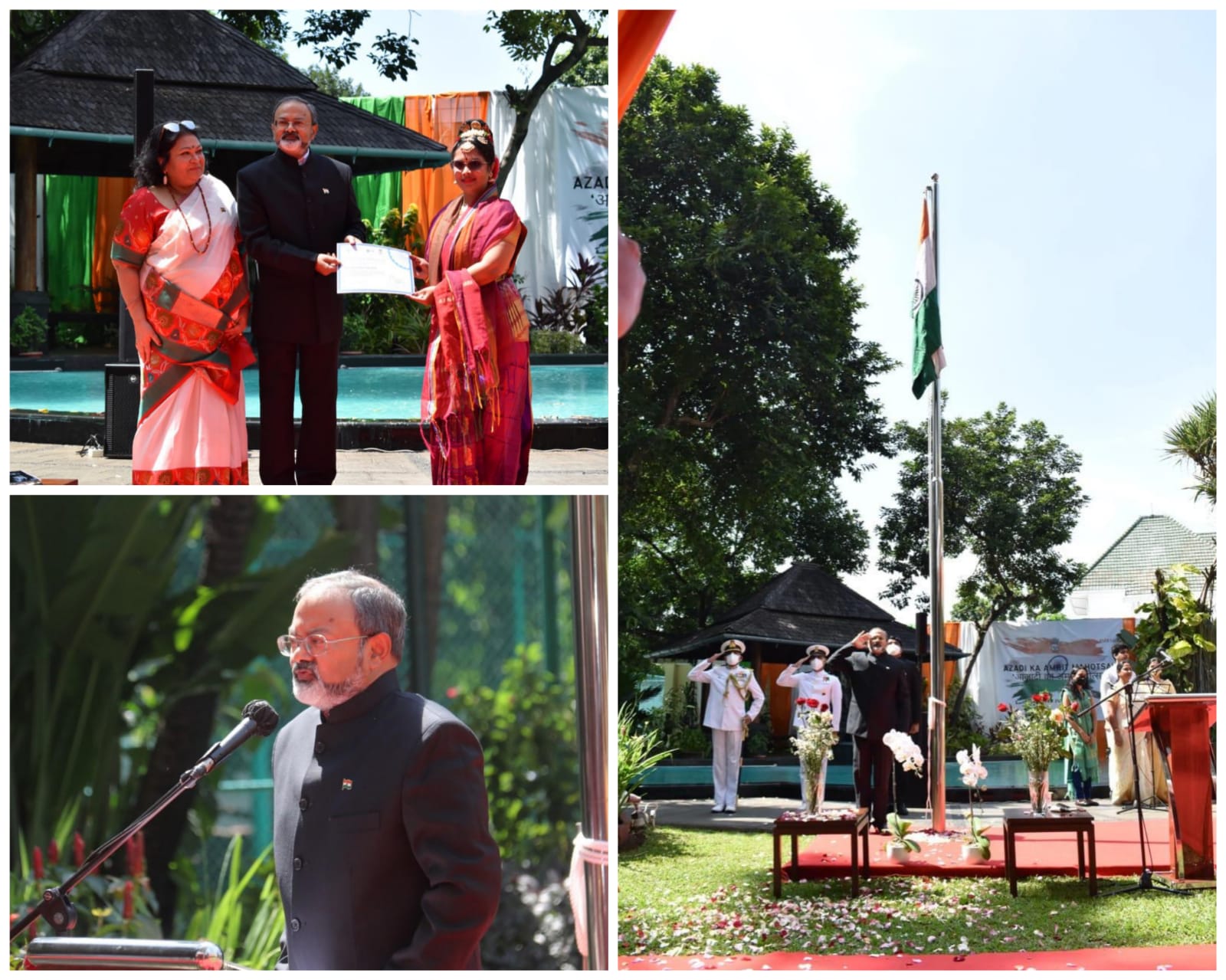