Let me begin by thanking Minister Retno Marsudi for the warm hospitality and courtesies extended to me and my delegation. I am really very happy to be in Jakarta. It is my first ever visit to Jakarta and it is also my first bilateral visit to an ASEAN country in my current capacity.

I am very conscious of our long historical relationship and Minister and I agree that this is a source of strength for us, as we actually forge our equally strong contemporary relationship.

I had a very fruitful and substantive discussion today with Minister. We discussed the entire gamut of bilateral ties, and held discussions on a number of regional and global issues, Political matters, Security matters, Economic issues and the larger context for our discussion was the visit of PM Modi in May 2018 which was a landmark event in our bilateral ties. Both our leaders decided to elevate our relationship to a Comprehensive Strategic Partnership.

India and Indonesia are close maritime neighbours. We really value Indonesia as a key partner under our Act East and Indo-Pacific policy. This year we celebrate the 70th Anniversary of establishment of our Diplomatic ties and we have come a long way in seven decades of our engagement. Our leaders have nurtured the relationship, which is based on common cultural and civilizational links. Our two countries had jointly struggled against colonial rule and laid the foundations of South-South Cooperation. We became independent countries around the same time. Last month, we celebrated 73rd & 74th Anniversaries of our Independence. We are young, democratic nations, we are the world’s two largest multi-religious, multi-ethnic societies and people of our countries have given huge mandate to our Leaders, in the recently held elections in our two countries.

I also congratulated Minister Retno on leading the adoption of ‘ASEAN Outlook on Indo-Pacific’. Indonesia, as the largest country and the biggest economy in ASEAN, has a critical role to play in the discussions within EAS to develop the outlook into a framework and actionable agenda. 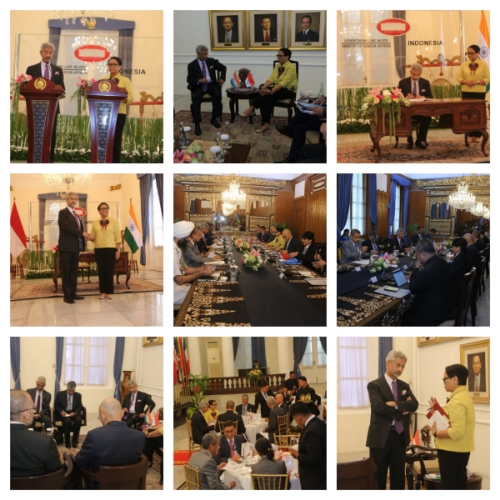 Our Shared Vision of Maritime Cooperation in the Indo-Pacific agreed during Prime Minister’s visit last year, is a recognition that India and Indonesia, as two major economies in this region need to develop synergies to harness the potential and meet the challenges that the region faces. We have commonality of interest in working together on Indo-Pacific concept within EAS and I underline to the Minister that we definitely see ASEAN Centrality as a prominent feature of our approach to the Indo-Pacific.

Our concept of SAGAR - “Security and Growth for All in the Region” fits well with Indonesia’s Maritime Fulcrum Policy. Improving connectivity between India and Indonesia, especially between Andaman & Nicobar Islands and Aceh Province of Indonesia is, therefore, a key strategic priority for both countries. The heads of the Joint T0.00 "ask Force on Andaman - Aceh constituted by both countries met earlier this week and arrived at a common understanding on the Terms of Reference. As the Minister mentioned, we expect the Task Force to meet in November, if not earlier. The two regions obviously have immense growth potential. We are happy to have joined the Indonesia, Malaysia, Thailand-Growth Triangle (IMT-GT) as the first Dialogue Partner and Minister, I really appreciate Indonesia’s invitation in this regard. We hope to have further integration of economies of sub regions of Eastern India with IMT-GT.

As democracies, who both confront the menace of terrorism, in our meeting today, we unequivocally reiterated our strongest condemnation of terrorism in all forms and manifestations. We expressed our strongest opposition to any selective approaches in dealing with this global menace, and as you know India calls upon all countries to stop providing state sponsorship to terrorism and to prevent their territories from being used for establishing terrorist safe havens. We also affirmed our shared interest in the territorial integrity and unity of the two countries.

We also agreed to build a strong economic and development partnership that strengthens the flow of capital, trade, people and ideas between India and Indonesia, and welcomed the opening of the CII Representative Office, which was agreed between the Leaders meeting last year.

We agreed to work together for a balanced and sustainable trade by providing greater market access, both in goods and services to achieve the trade target of US$ 50 billion. And we have agreed that both countries would be responsive to the needs of each other in that context.

As announced by Prime Minister last year, we introduced free e-Visas for Indonesian Citizens and that has resulted in much larger number of Indonesians visiting India. Indian tourist arrivals in Indonesia is also on rise. With introduction of direct air connectivity, we would be able to promote closer people to people linkages.

We also agreed to further strengthen our collaboration on global issues and cooperate more closely in multilateral organisations. As two democratic countries with common values of pluralism and civilizational harmony, it is important that we stand together in facing global challenges. I look forward to Indonesia joining us on the launch of the Coalition of Disaster Resilient Infrastructure initiative later this year at the United Nations.

In my meeting today, we agreed to further strengthen the relations and enhance mutual goodwill between the people of our two countries.

I look forward to welcoming you Minister, in India soon for the 6th Joint Commission Meeting later this year.

I would again like to thank you really for the generous hospitality and the very warm welcome. 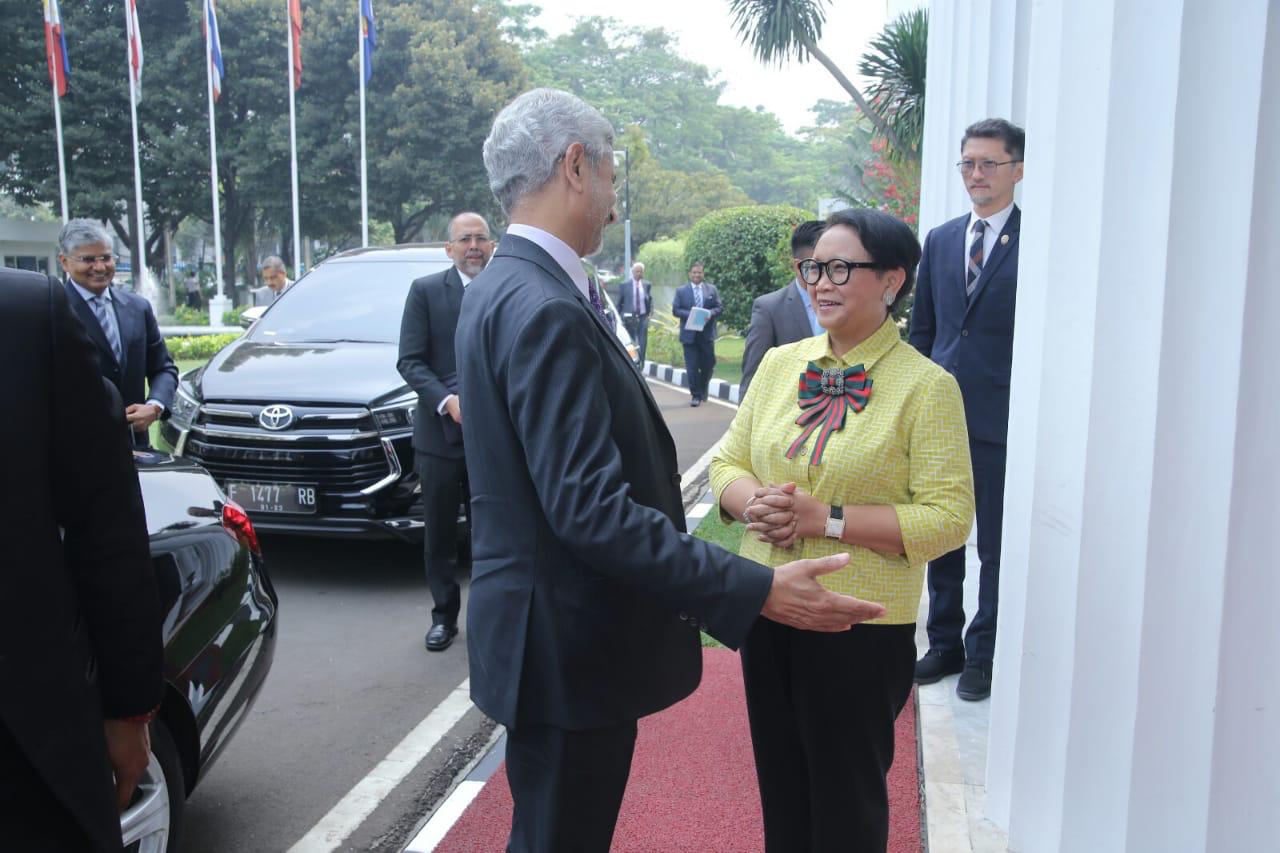 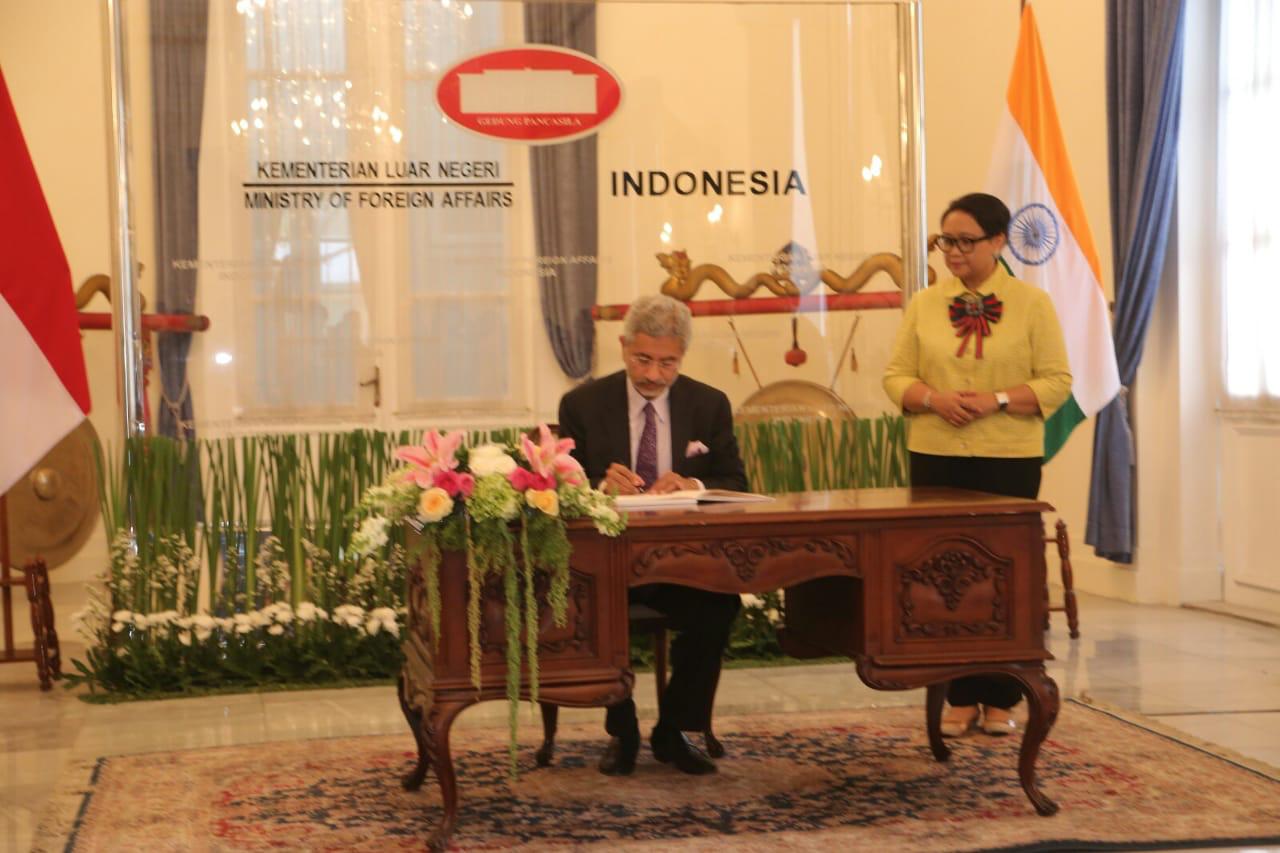 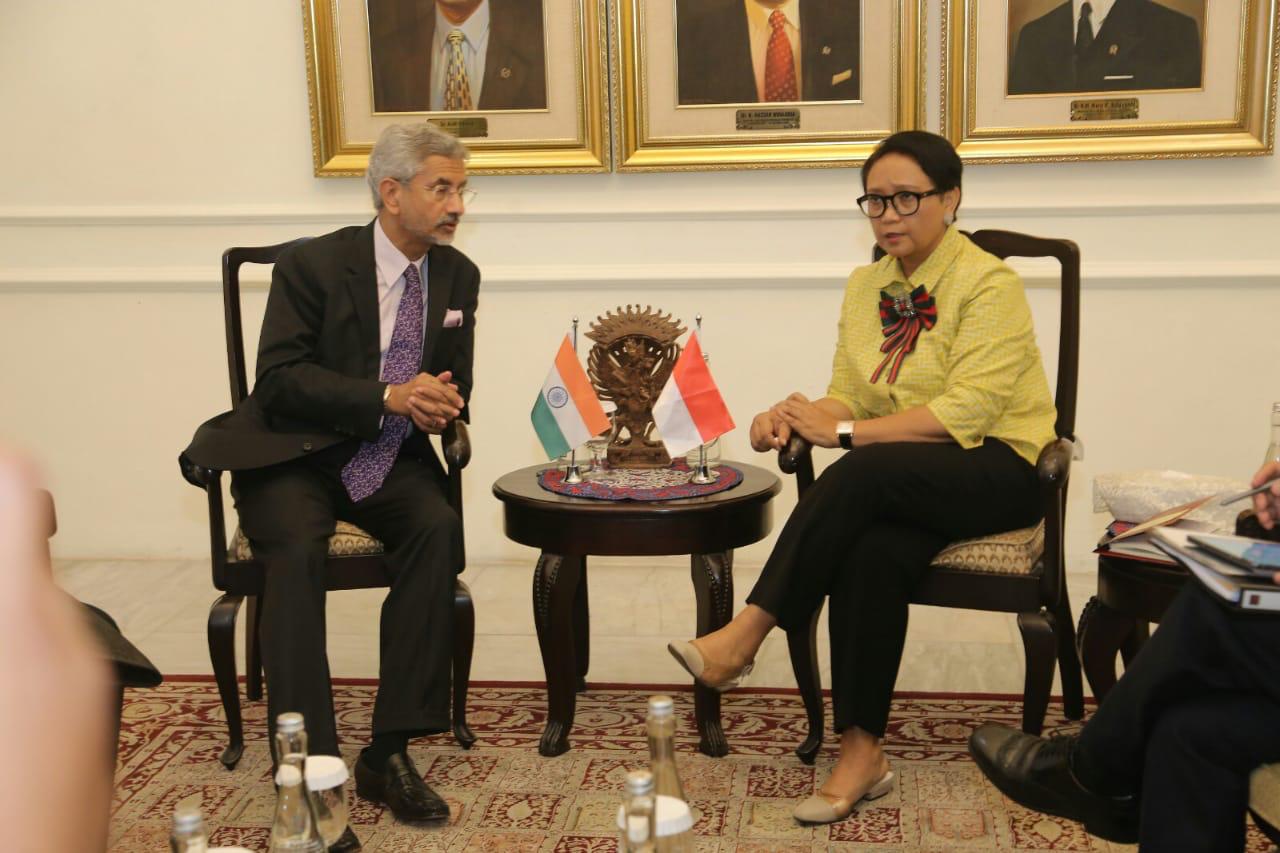 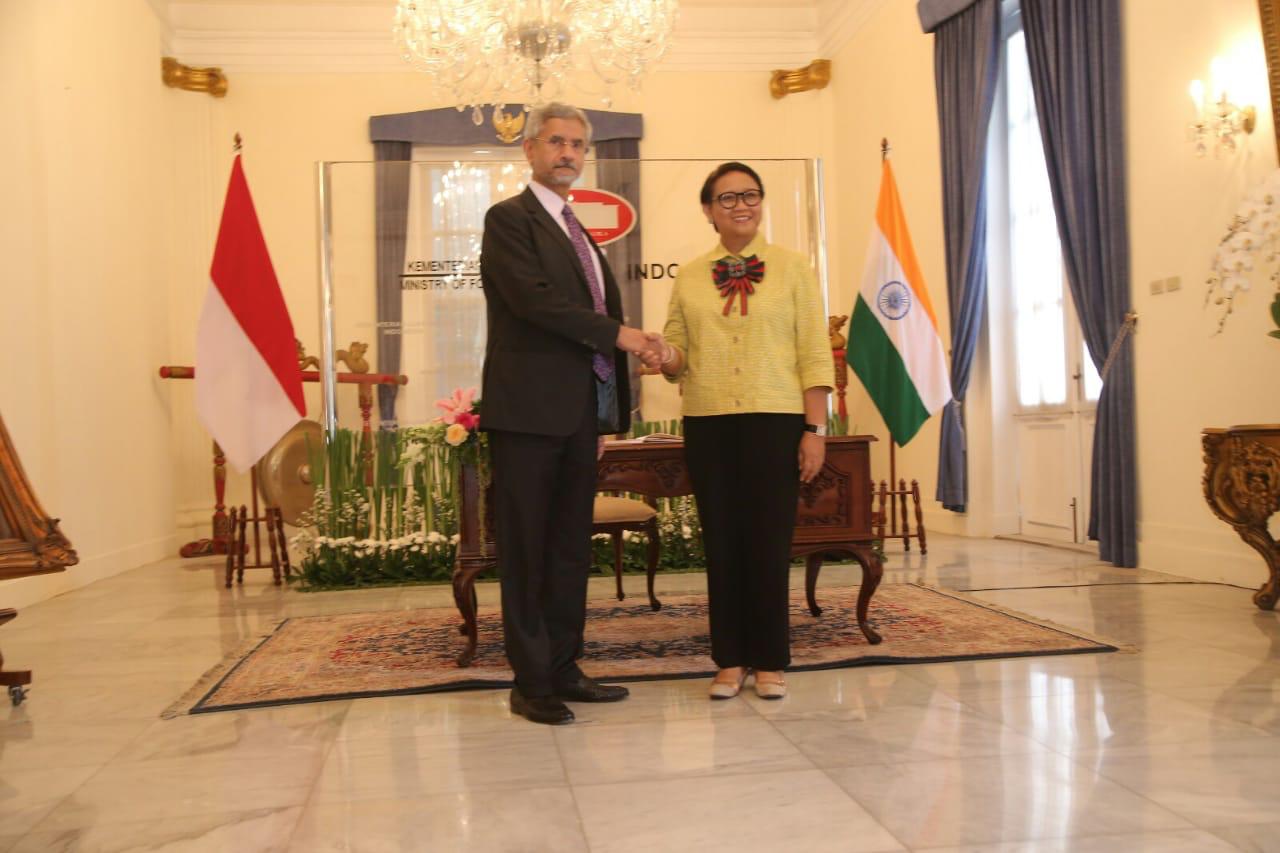 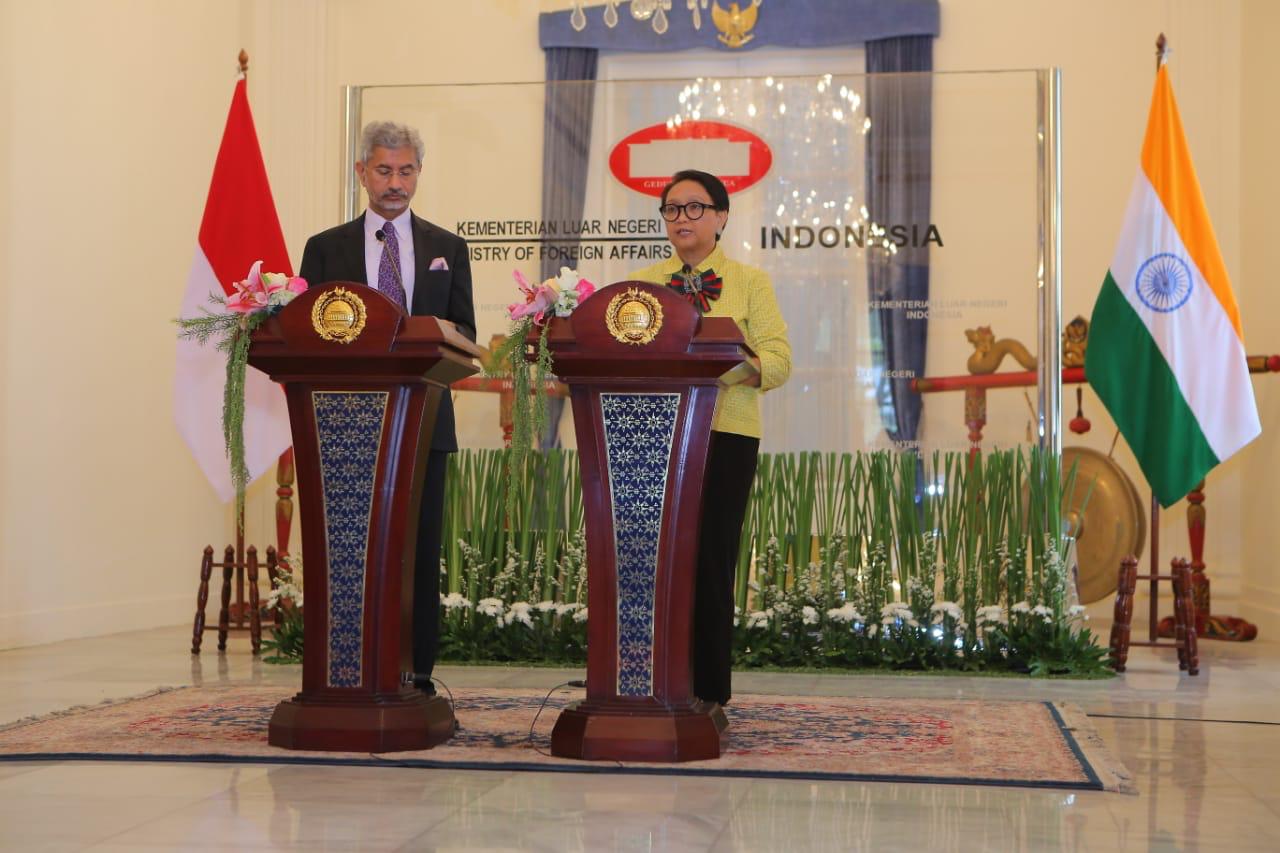 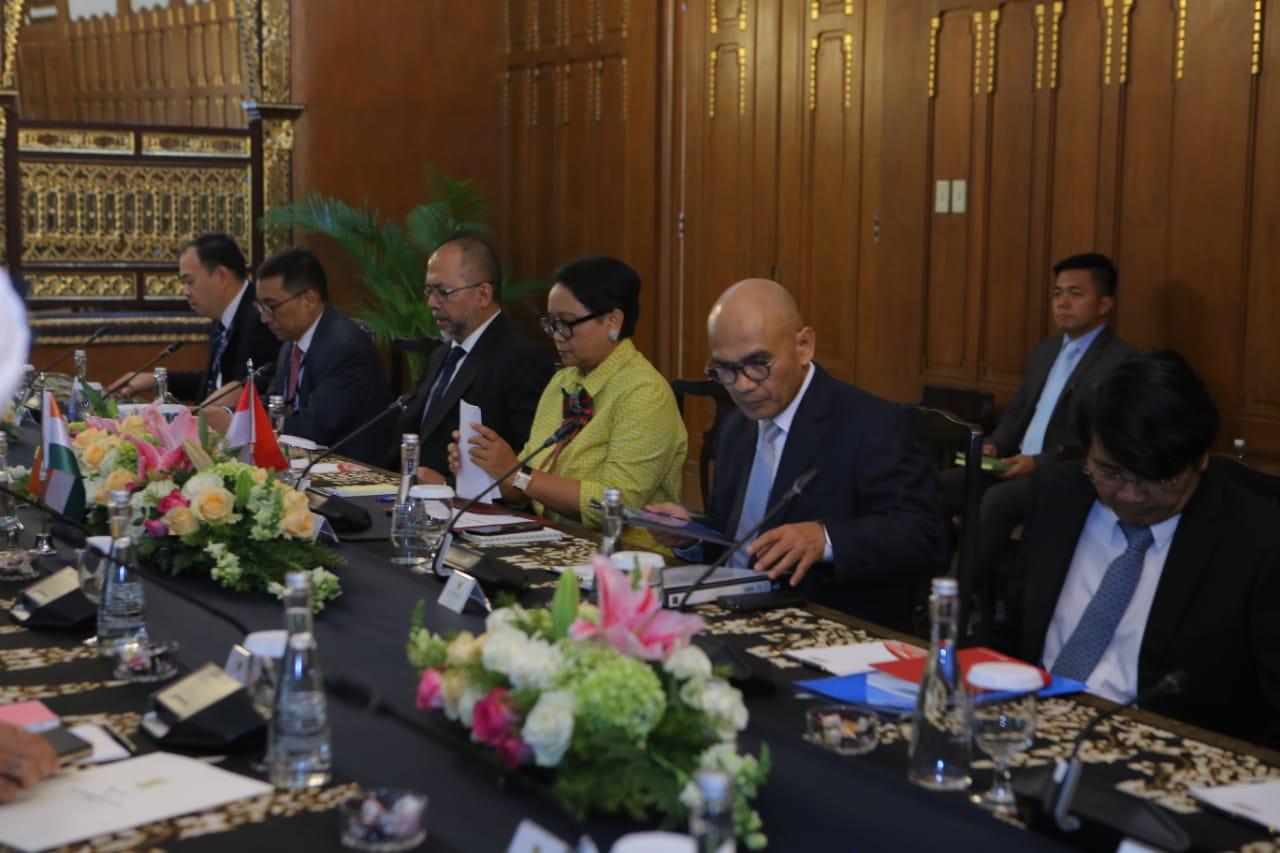 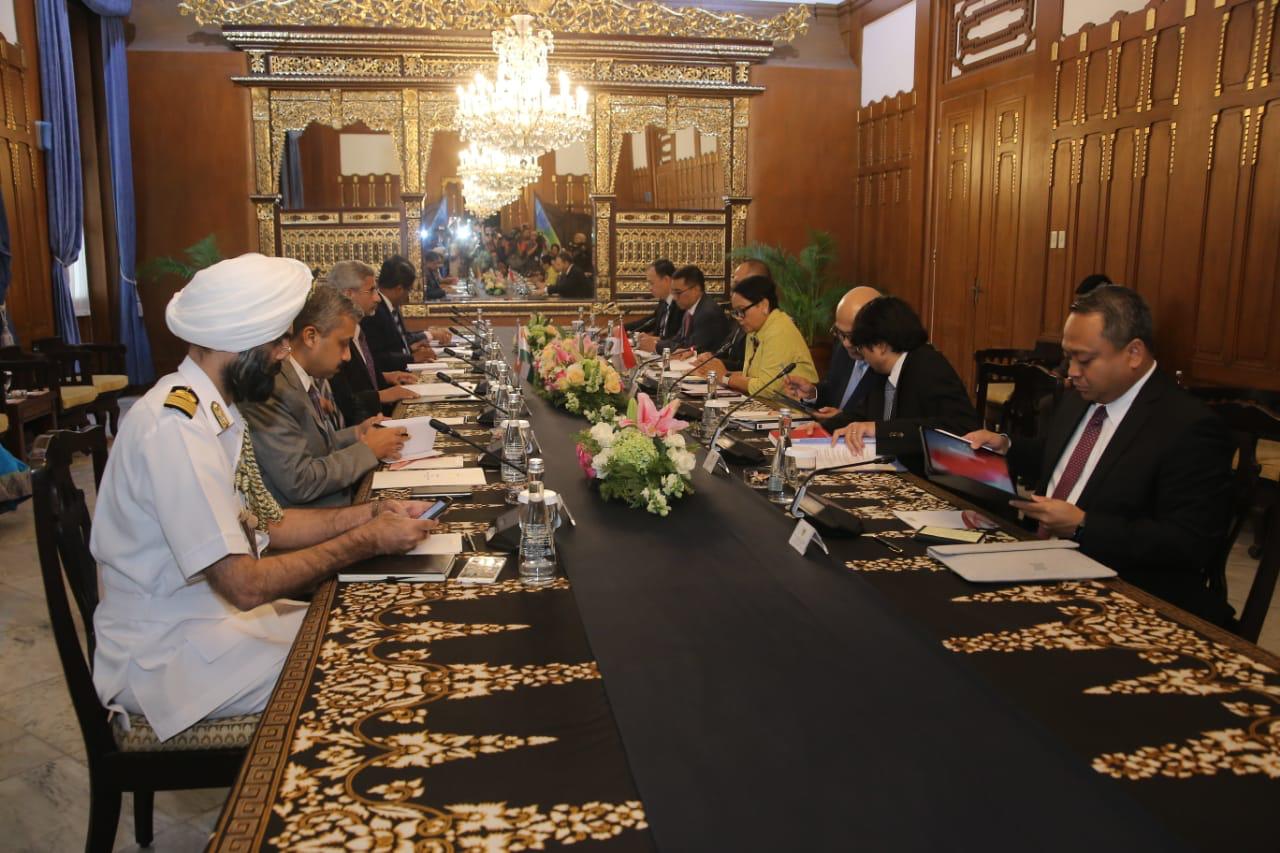 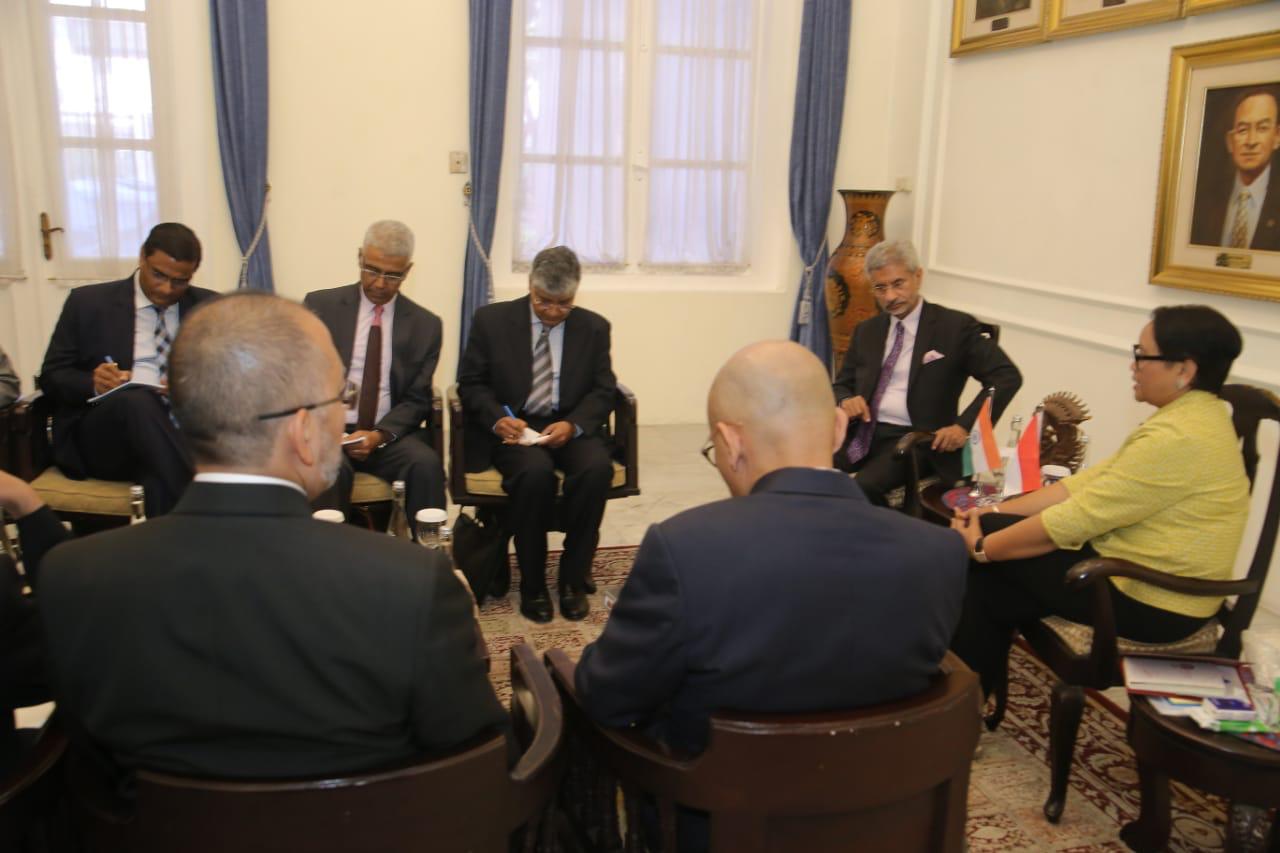