The Embassy of India, Jakarta, celebrated the 71st Republic Day today morning with enthusiasm and patriotic fervor. Similar ceremonies took place at the Indian Consulates in Bali and Medan. 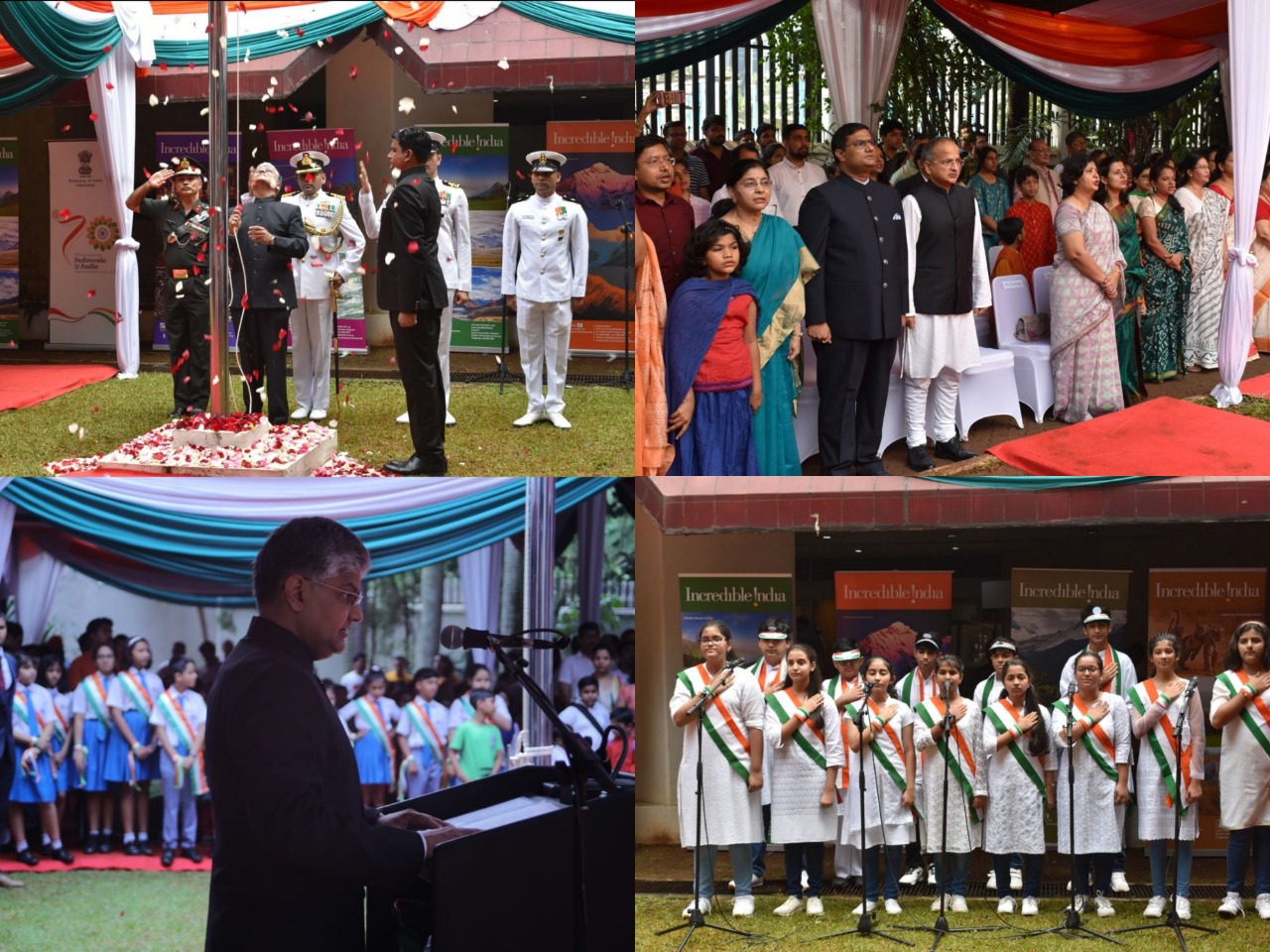 2. The celebrations, held at the Embassy, commenced today morning with the unfurling of the National Flag by the Ambassador of India to Indonesia, H.E. Mr. Pradeep Kumar Rawat, followed by singing of the National Anthem. Ambassador, thereafter, read out excerpts from the Hon’ble President’s address to the nation. In his address to the guests, he greeted the Indian community in Indonesia on the occasion and also thanked the guests for turning out in such large numbers as a reflection of their affection for India and as a source of strength and inspiration for the Embassy. 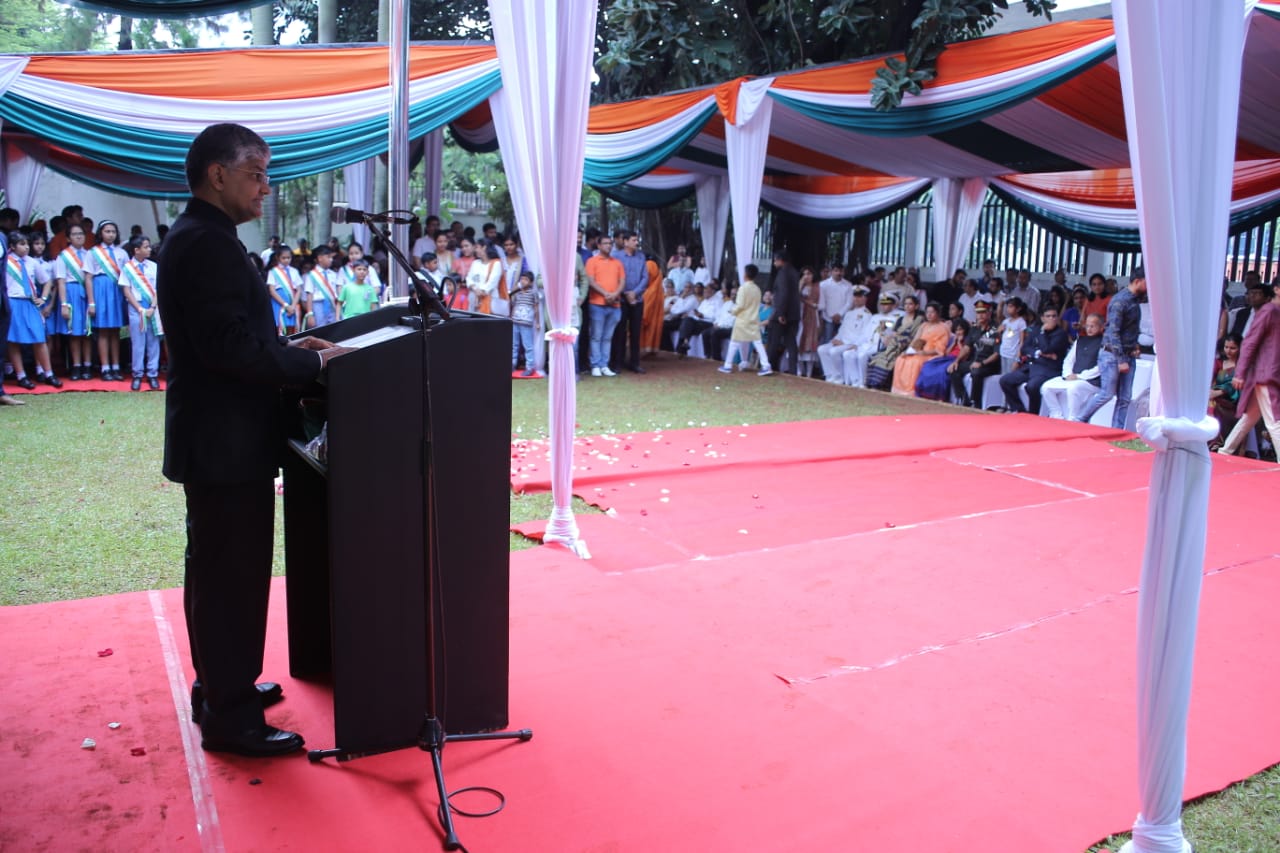 3. A large number of enthusiastic crowd comprising of more than 400 members of the Indian community, Persons of Indian Origin and Friends of India participated in the ceremony. The event included cultural performances, including renditions of patriotic songs by enthusiastic children of Indian schools, viz. - Gandhi Memorial Intercontinental School, the Rama International School and Texmaco DPS School. The students of Jawaharlal Nehru Cultural Centre (JNICC) also performed patriotic songs and a dance on the occasion. 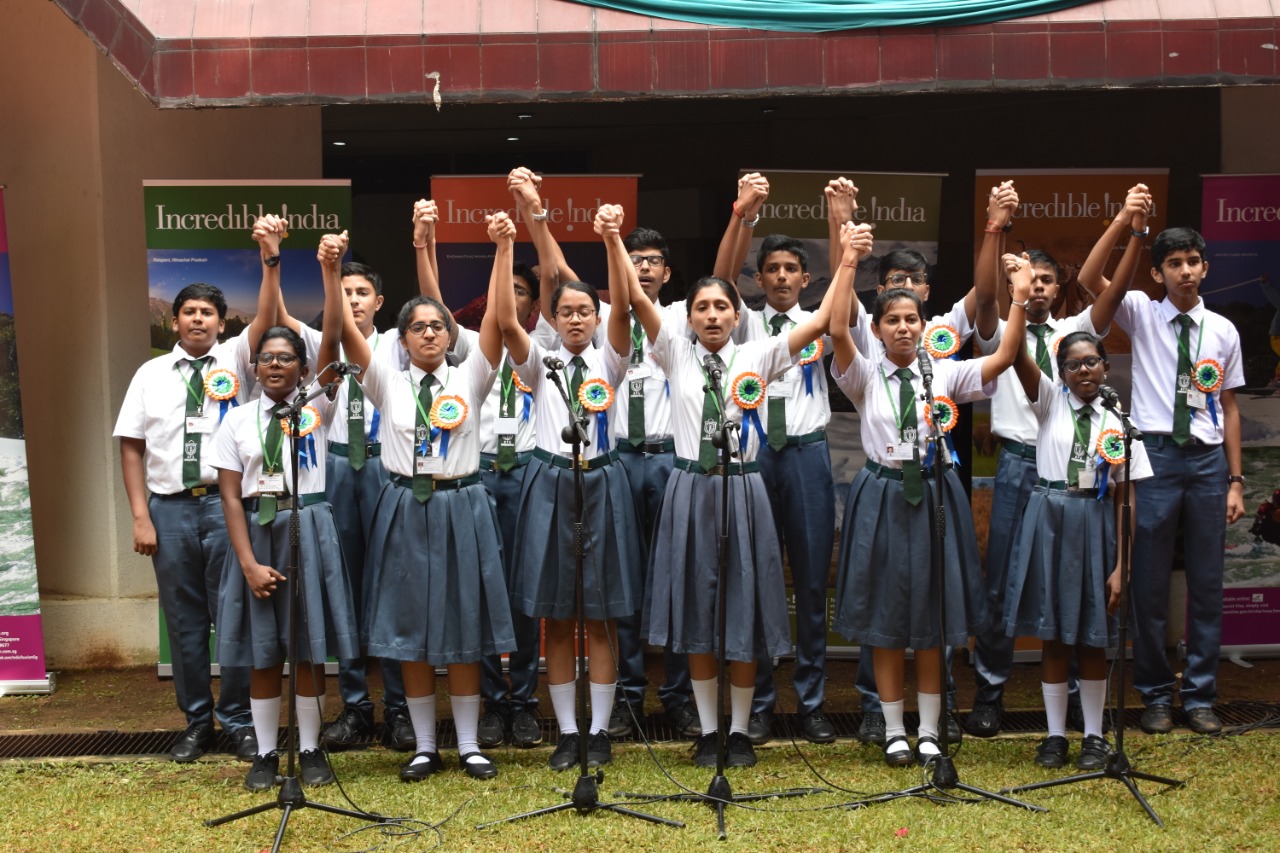 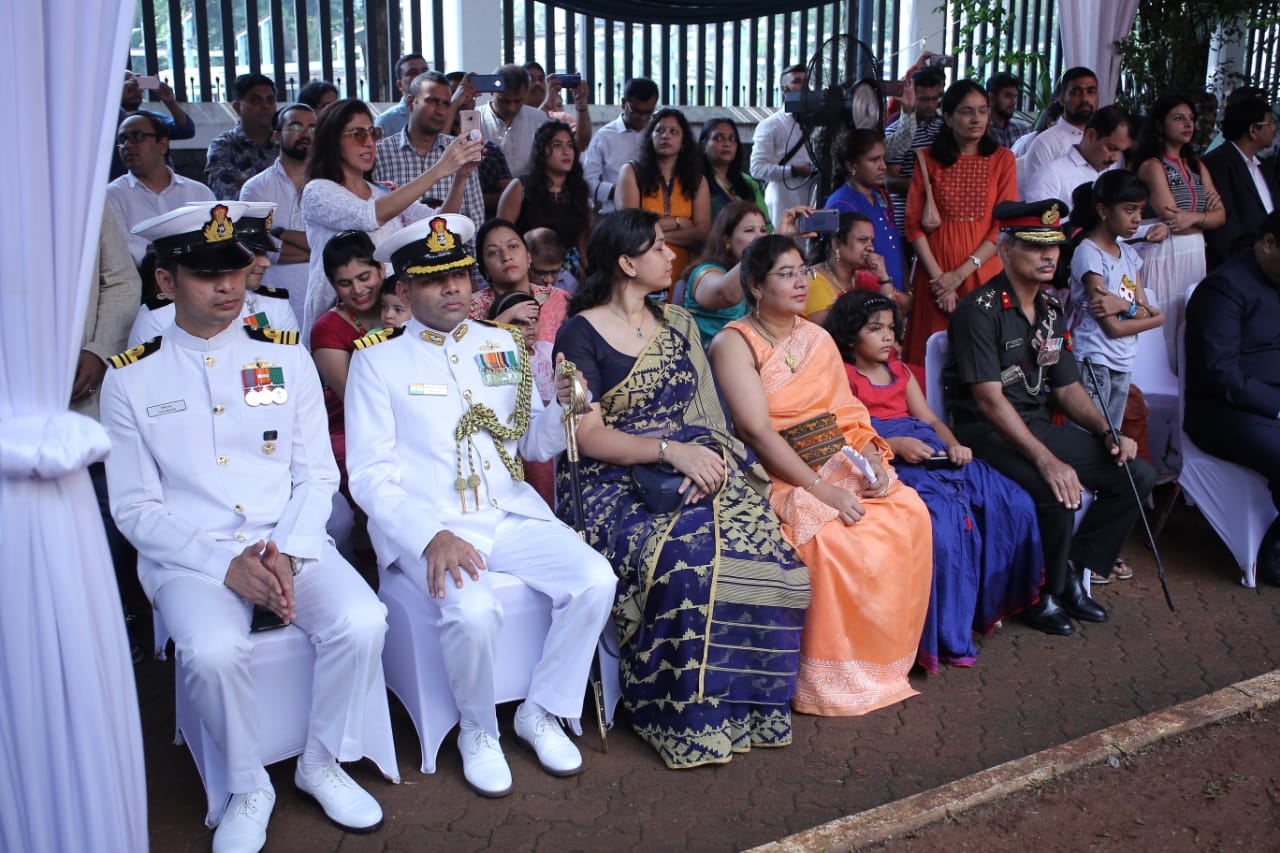 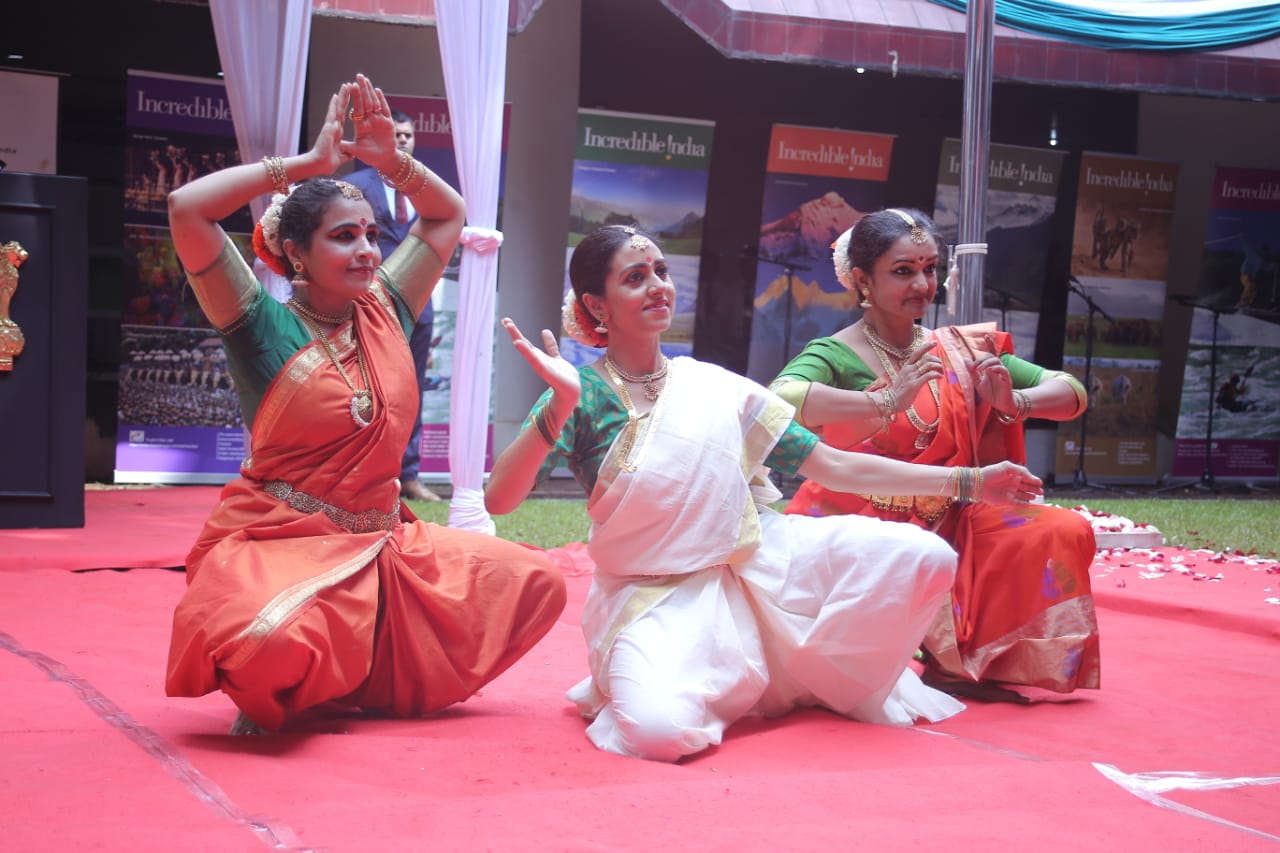 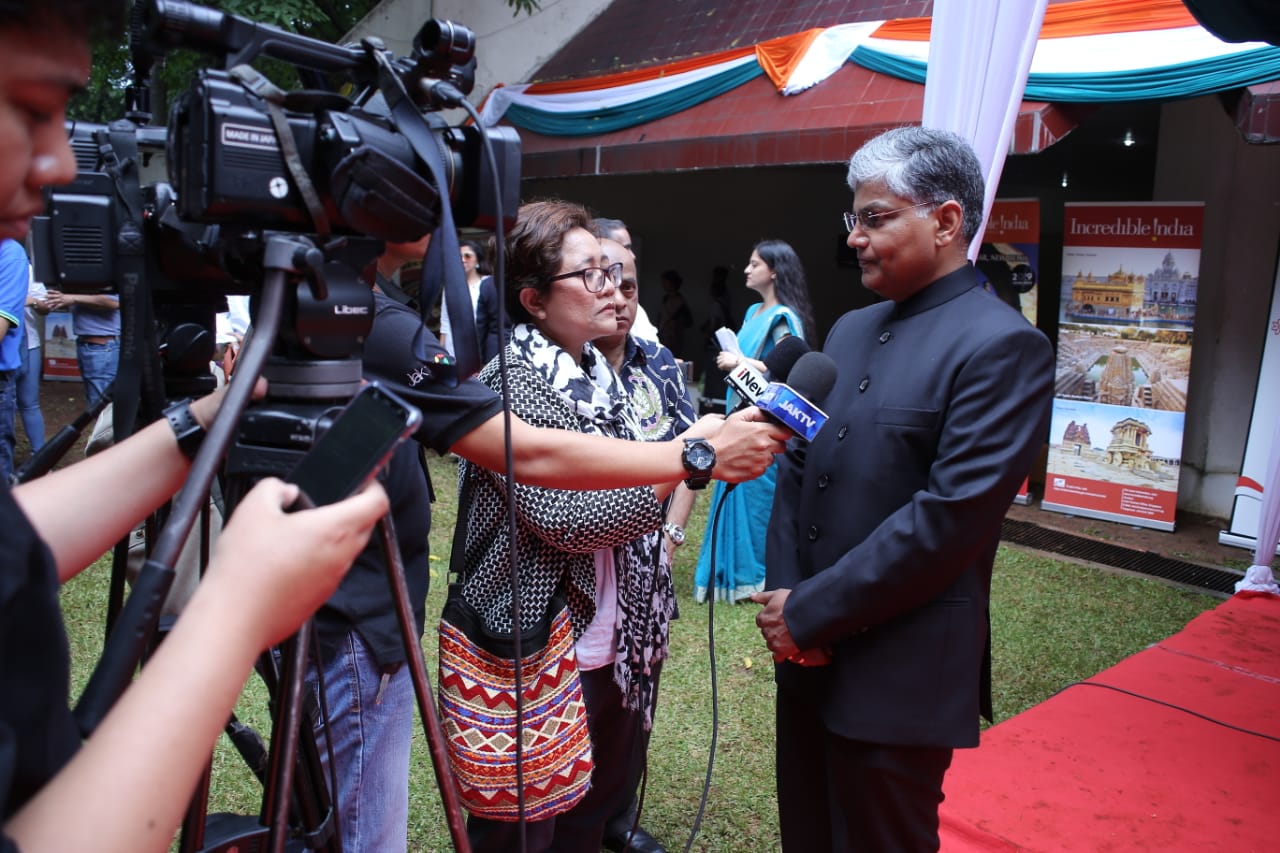