The Embassy of India and the India Tourism Office,Singapore organized a Road Show and Indian Food Festival in Jakarta on 29th August, 2019 at Hotel Westin Jakarta. The event was organised under the ongoing celebration of the 70th Anniversary of India Indonesia Diplomatic Ties, where promoting bilateral tourism has been identified as one of the core sectors. 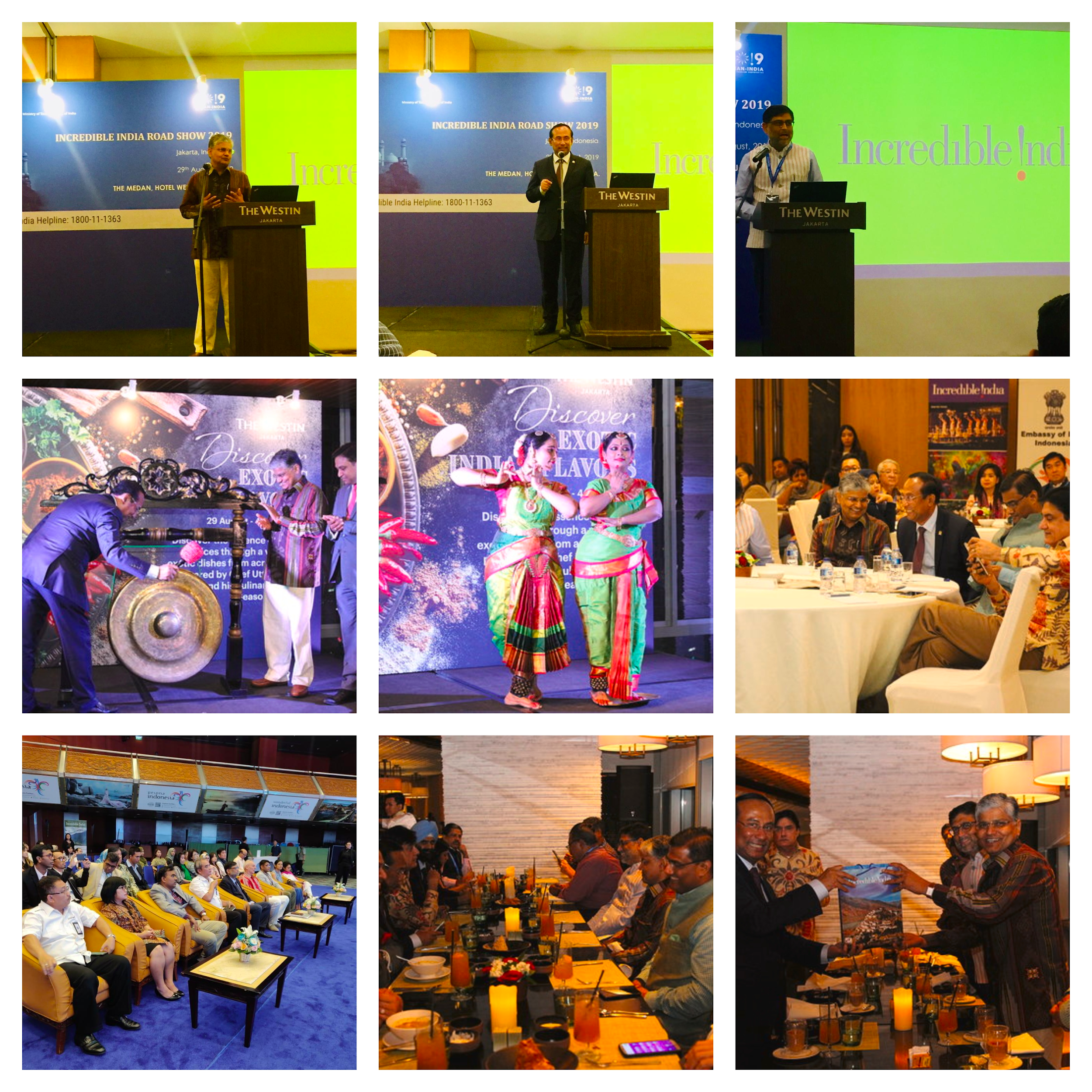 H.E. Ambassador Pradeep Kumar Rawat welcomed the gathering and addressed the audience which included delegates from India and leading travel operators from Indonesia and India. Ambassador informed about gratis e-visa which was announced during the visit of Prime Minister Narendra Modi to Indonesia in May 2018. He remarked that B2B interaction between Indian and Indonesian travel operators would further scale up tourist traffic between the two countries. Ambassador also mentioned Experience Incredible India campaign, scheduled at Pacific Place on 30th August, 2019 and invited the guests to attend the event.

Shri Gyan Bhusan, Economic Advisor, Ministry of Tourism also gave his remarks on the occasion and mentioned how India and Indonesia can jointly benefit from tourism. He also apprised the audience of the measures being taken by Indian Govt. to attract Indonesian Tourists.

The event was followed by a Food Festival, where Indian Chef Uttam Singh showcased select Indian cuisine to the participants.

The Road Show and Indian Food Festival were attended by Travel Agencies, Media and over 200 audience from India and Indonesia. The event was concluded with the Indian food Festival where sumptuous Indian delicacies were served.