H.E Ambassador of India Pradeep Kumar Rawat and Deputy Minister of Tourism, Republic of Indonesia Ibu Nia Niscaya graced the event. Ambassador in his remarks to media and guests present at the event mentioned the wisdom and foresight of Mahatma Gandhi said that this would be a true tribute to Mahatma on his 150th Birth Anniversary at Sewu Temple heritage site in Yogyakarta. The event was also celebrated upon bringing awareness towards conservation of environment and nature.

Electronic and Print Media from India and Indonesia were present in large number and covered the event. 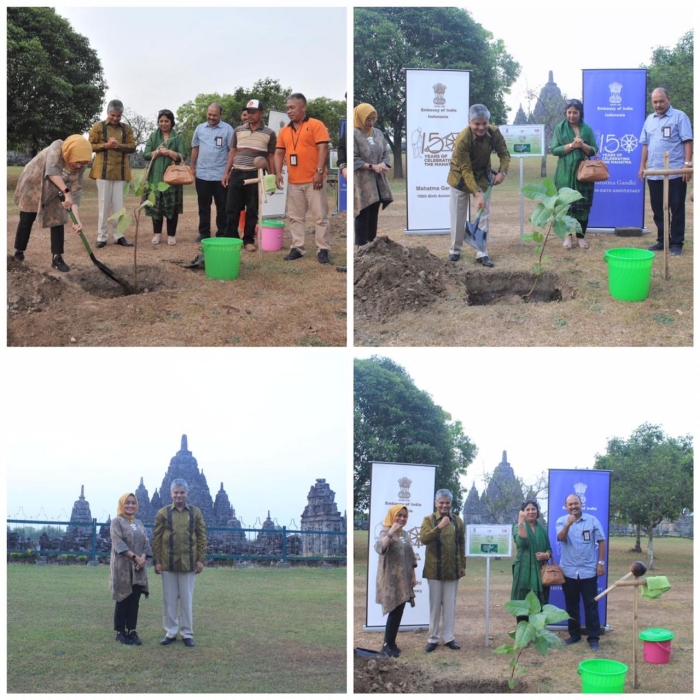