Celebration of International Day of Yoga in Embassy auditorium on 20.06.21

2. In 2021, due to the Covid-19 pandemic, holding such a large-scale crowd is not possible. Considering the impact of the pandemic on people's physical, emotional and mental health, the Ministry of AYUSH India proposed a theme - 'Yoga for Wellness', thus emphasizing the holistic characteristics of Yoga. This reflects the universal nature of the ancient knowledge of yoga suitable for practice in large community settings, as well as in solitary and family practice.

3. The main event of IDY was celebrated on the morning of 20 June by the Indian Embassy in collaboration with PPYNI (Indonesian National Association of Yoga Practi-tioners)-an organization established under the Ministry of Youth and Sports, Art of Liv-ing, Yoga Fit in various regions in Indonesia. Various Yoga lovers from over 100 loca-tions across Indonesia were digitally connected with the Indian Embassy via the Zoom platform. Mrs. Hj Suryanti, Deputy Secretary, Culture and Sports, Ministry of Youth and Sports graced the event, and Mrs. Lily Karmel representing Mr. Hayono Isman, Chair-KORMI (Sports and Recreation Committee-Indonesian Community), & Former Minister of Youth and Sports. The Ambassador wished all yoga enthusiasts to stay healthy and emphasized how yoga is the key to achieving a healthy human mind and body neces-sary for meditation which is the core essence of almost all religions and the basis of human awareness of the environment.

4. The Embassy of India, Jakarta celebrated the 7th International Yoga Day (IDY) in a hybrid format. During the event, the Indonesian version of selected excerpts from the book The Common Yoga Protocol published by the Ministry of AYUSH was inaugu-rated by the Ambassador and distinguished guests. The General Yoga Protocol was conducted by renowned Yoga Teacher Anjasmara Prasetya- popular actor and Yoga in-structor together with Mr. Vikash Kumar Prasad from Yoga Fit. The live streaming was a success because more than 2000 yoga enthusiasts joined directly through the Em-bassy's Youtube, Facebook, and Zoom accounts.

5. The Indian Embassy in collaboration with the Indian Cultural Center, Jakarta held an online Yoga Quiz Competition. The top 10 winners were awarded certificates of appreciation, among which three knowledgeable yoga enthusiasts were awarded spe-cial prizes. As a prelude to the main event on June 20, a social media campaign started 6 weeks earlier in collaboration with PPYNI, Art of Living, and Yoga Fit.

. Previously, the Ambassador appeared in a Curtain Raiser interview, in which the Ambassador highlighted the importance of Yoga especially in the current situation where physical gatherings are not possible. As a run up to the International Yoga Day, 6 Yoga Teachers from collaborating Yoga organizations released one Yoga video per week for 6 weeks covering the various dimensions of Yoga. Each session was streamed via Facebook and other social media platforms of the Embassy. 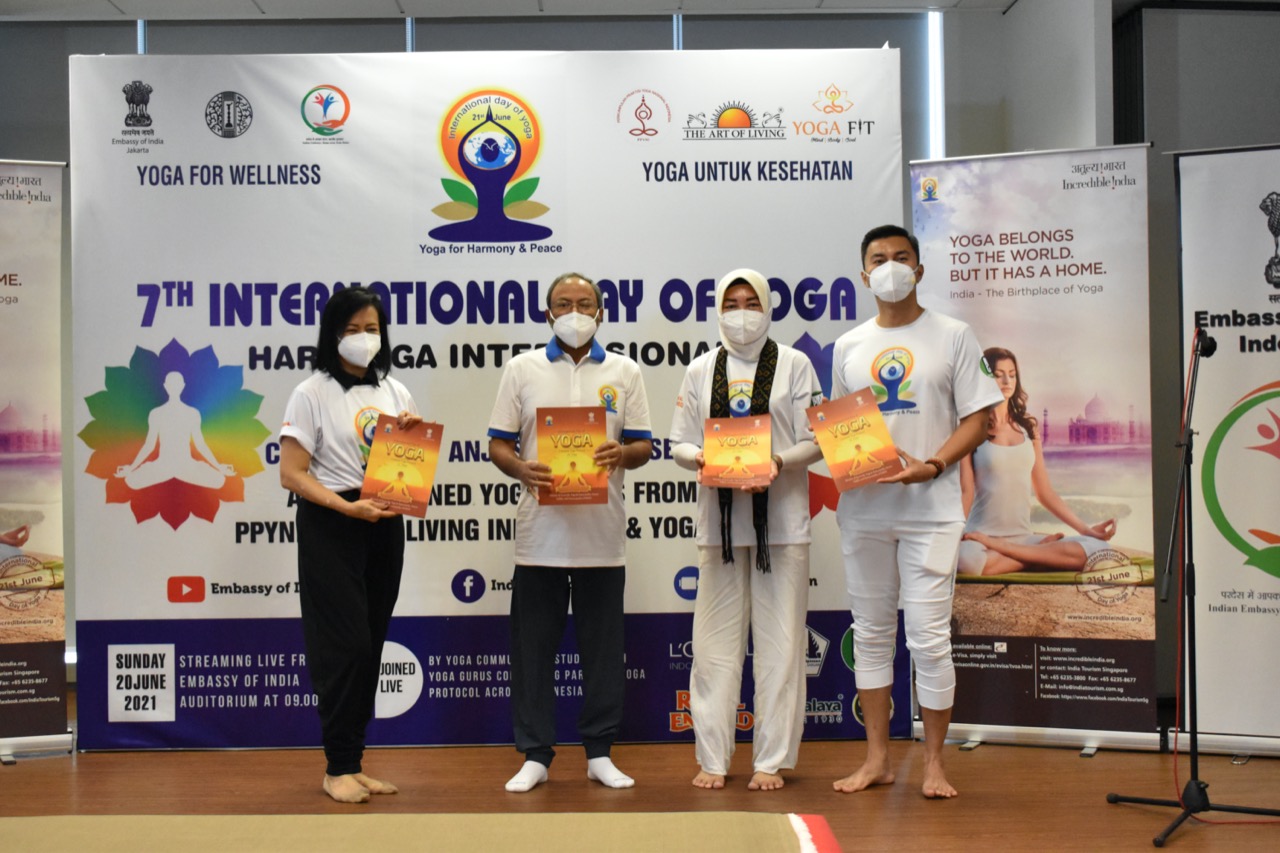 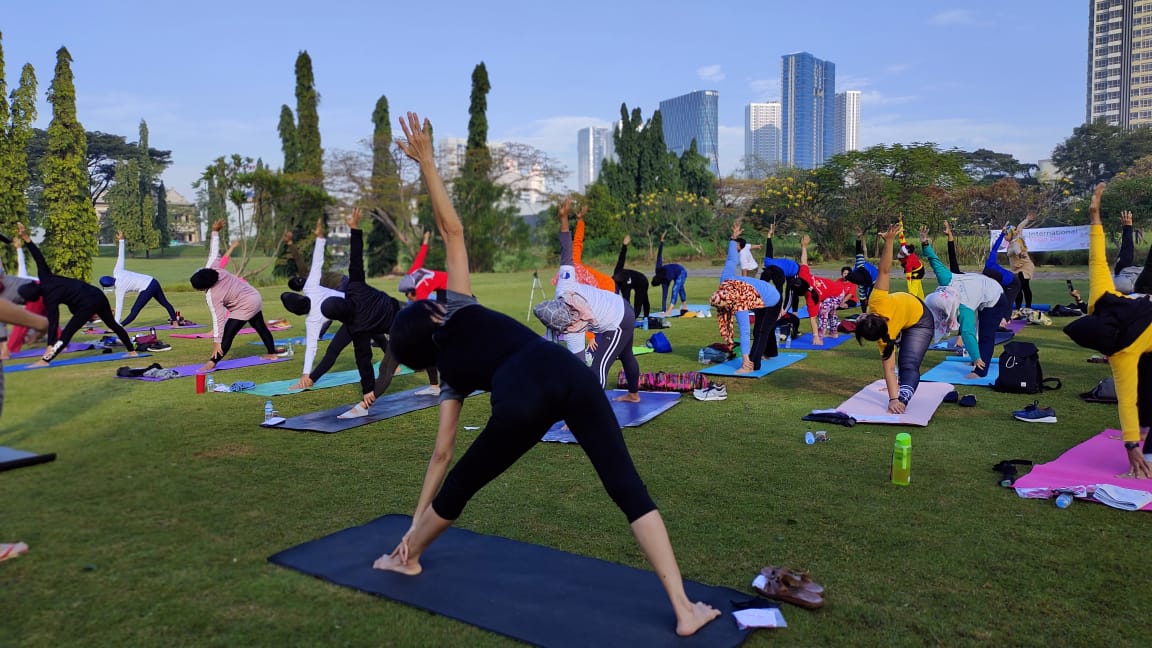 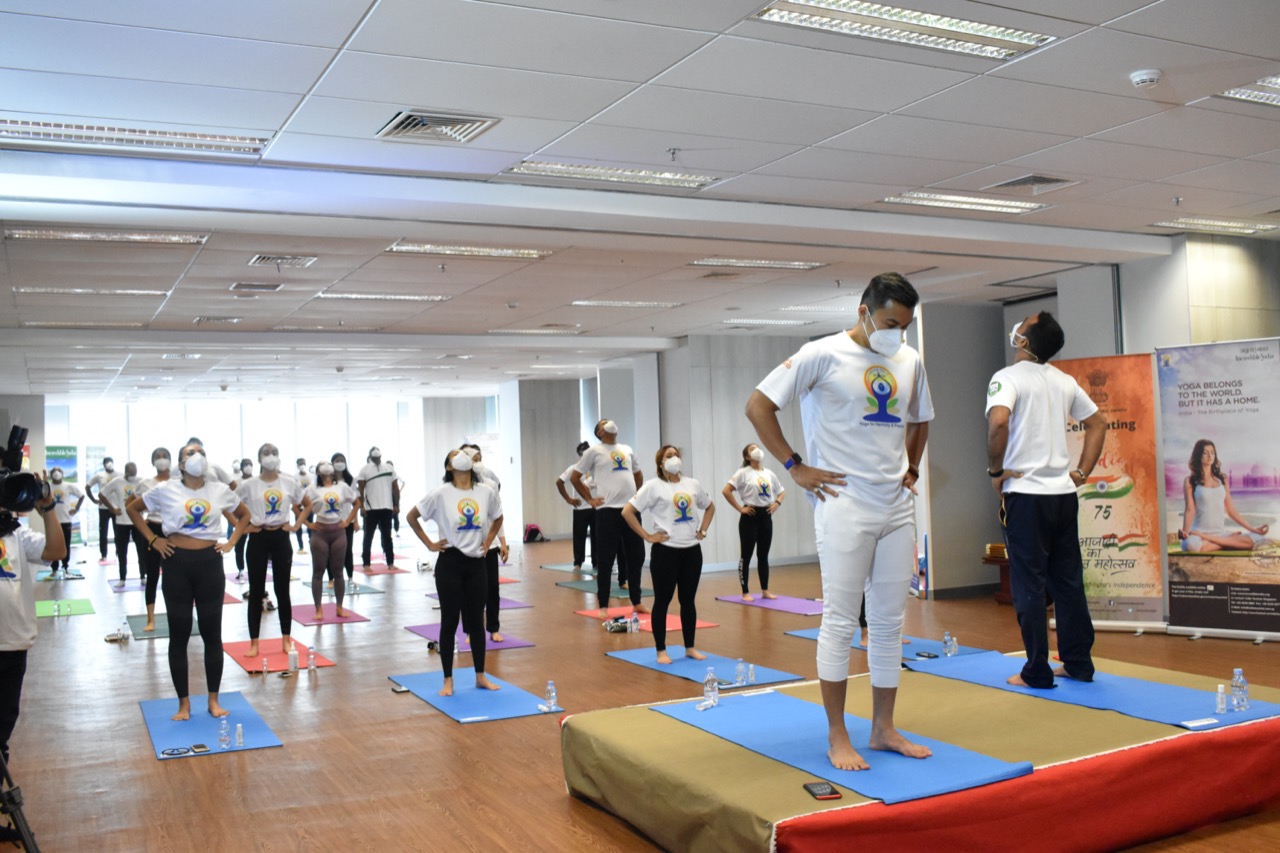 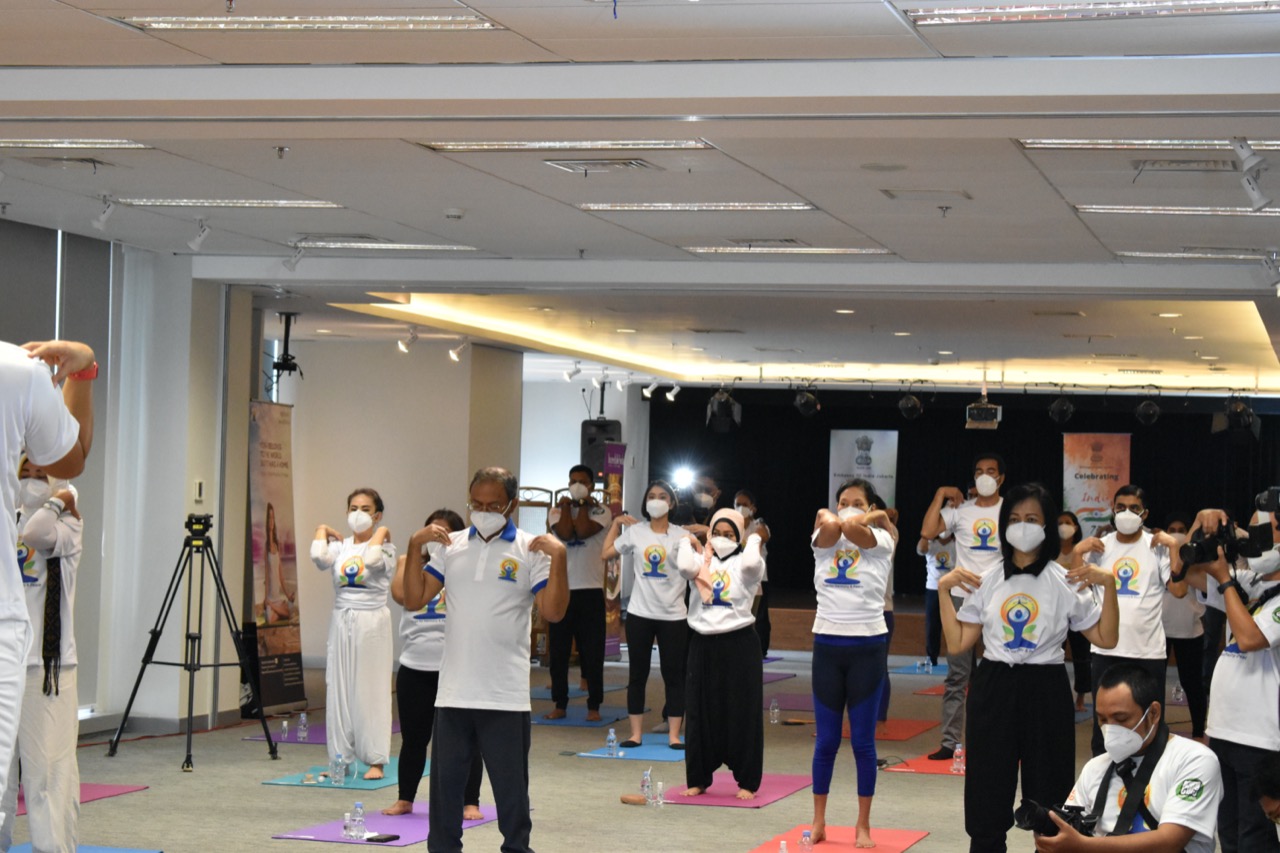