The 71st Republic Day of India Reception was hosted at the Westin Hotel in Jakarta on 24th January 2020. The gathering of over 500 guests at the reception included H.E. Mr. Sofyan Djalil, Minister of Agrarian and Spatial Planning of Republic of Indonesia who was the Chief Guest along with members of the diplomatic corps, captains of the business community, senior officials from various Ministries of the Indonesian Government, representatives of think-tanks, academia, media and the Indian diaspora. 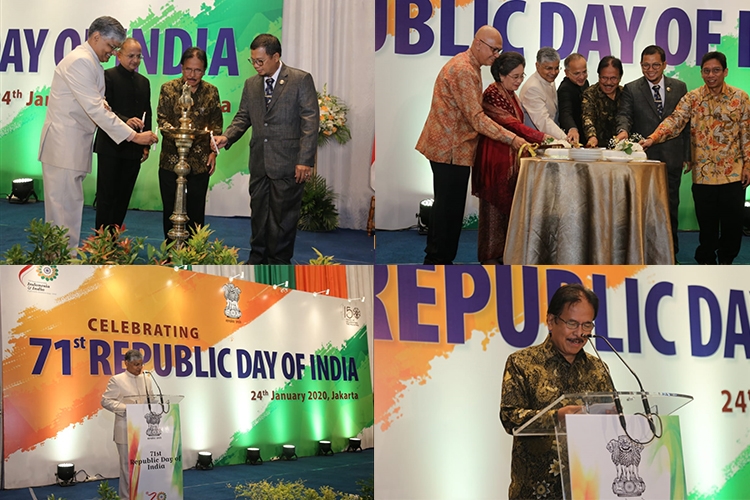 2.​In his remarks, H.E. Sofyan Djalil welcomed the increasing base of bilateral cooperation between India and Indonesia and called for greater people to people linkages especially as both nations were celebrating the 70th anniversary of establishment of diplomatic relationship. 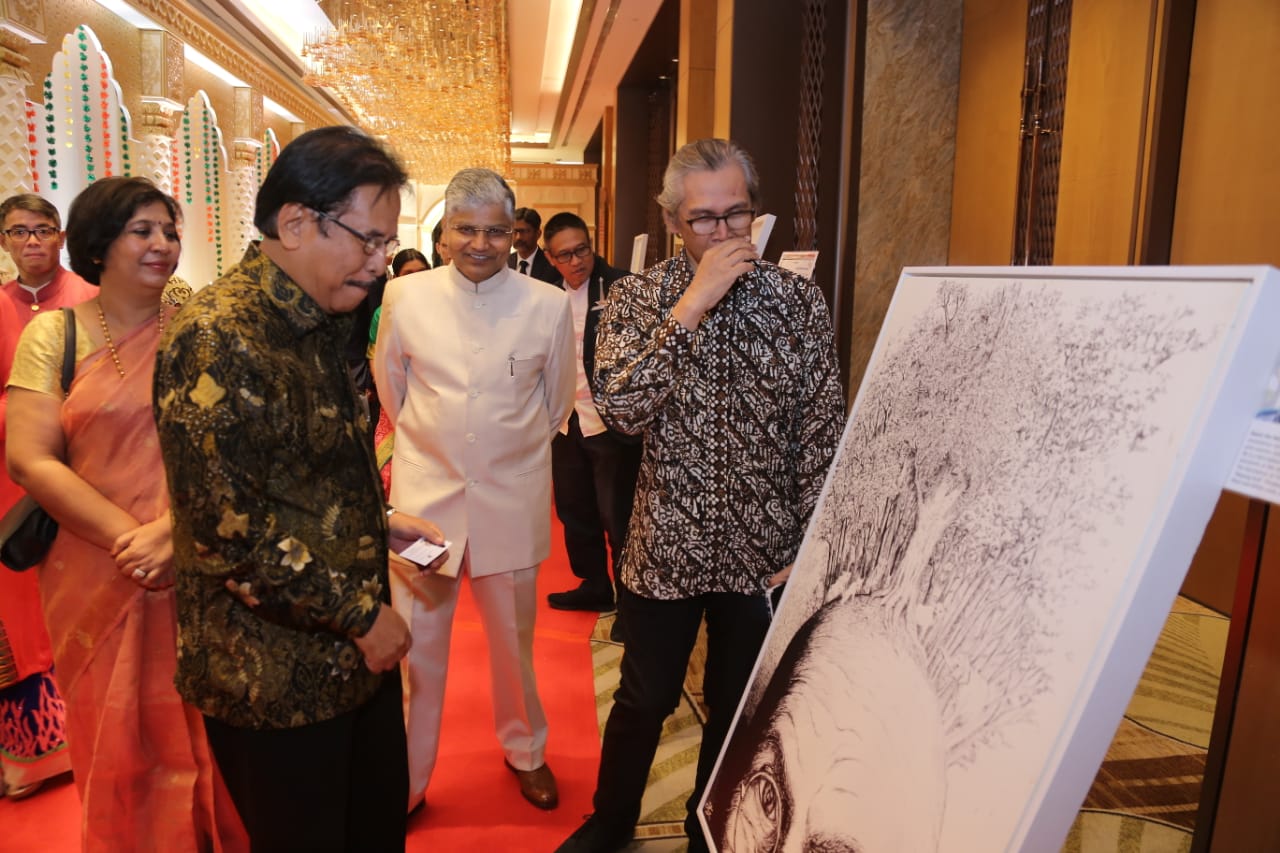 3.​Earlier H.E. Mr. Pradeep Kumar Rawat, Ambassador of India to Indonesia welcomed the audience and underscored that both India and Indonesia were Asia’s largest democracies which believed in the common principles of Pancasila. He emphasized that Indonesia was India’s close maritime neighbour and that as Comprehensive Strategic Partners there would be a scaling up of all-round bilateral engagements during 2020. 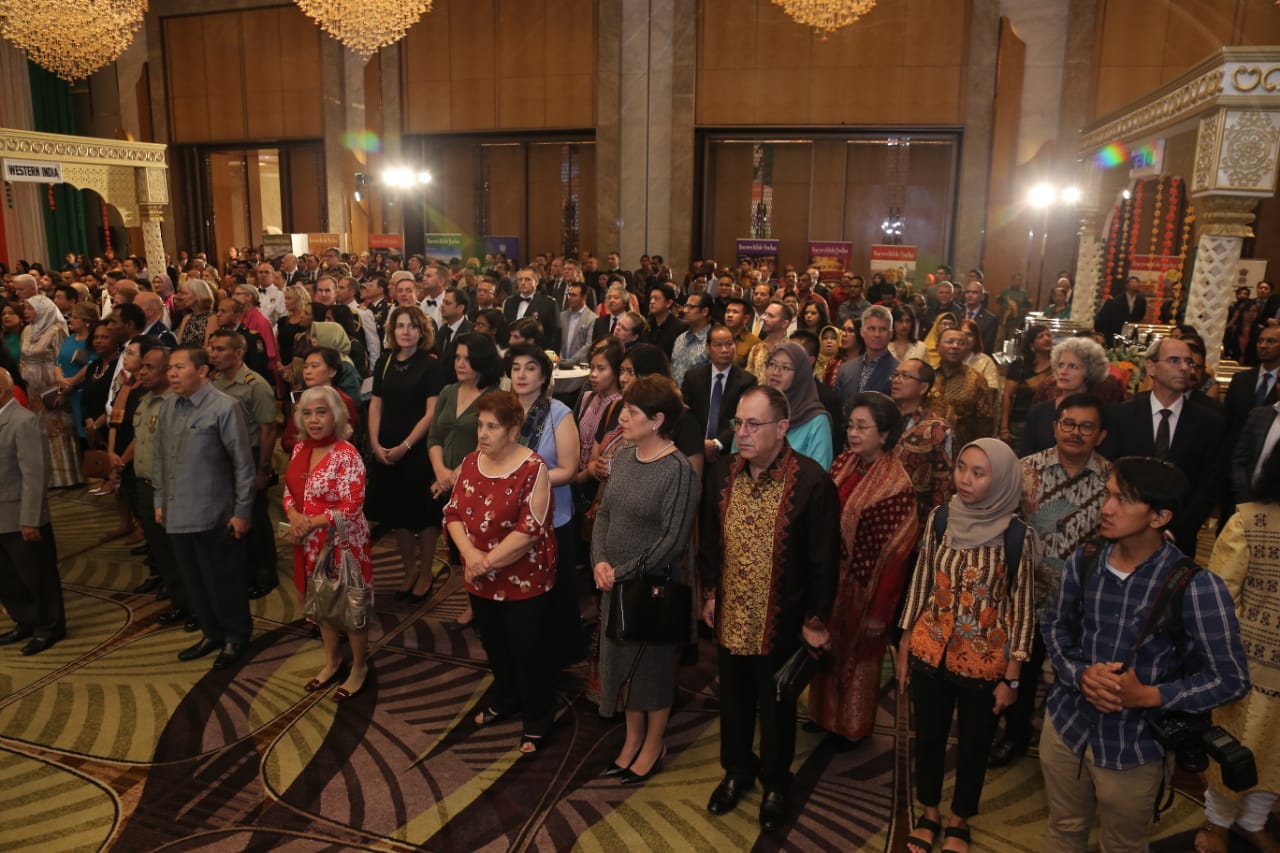 4.​During the event a special paintings exhibition celebrating the 150th Birth Anniversary of Mahatma Gandhi was put on display. 15 leading painters from the Institute Kesenian Jakarta (IKJ) dedicated their works to the principles of Mahatma Gandhi - “Ahimsa” (Non-violence), “Satyagraha” (Request for truth) & “Swadeshi” (From within country). During the reception leading Indonesian Actor Muhammad Khan, who had recently received the Emerging Actor Award performed for the audience through a medley of songs which he dedicated to Shahrukh Khan. 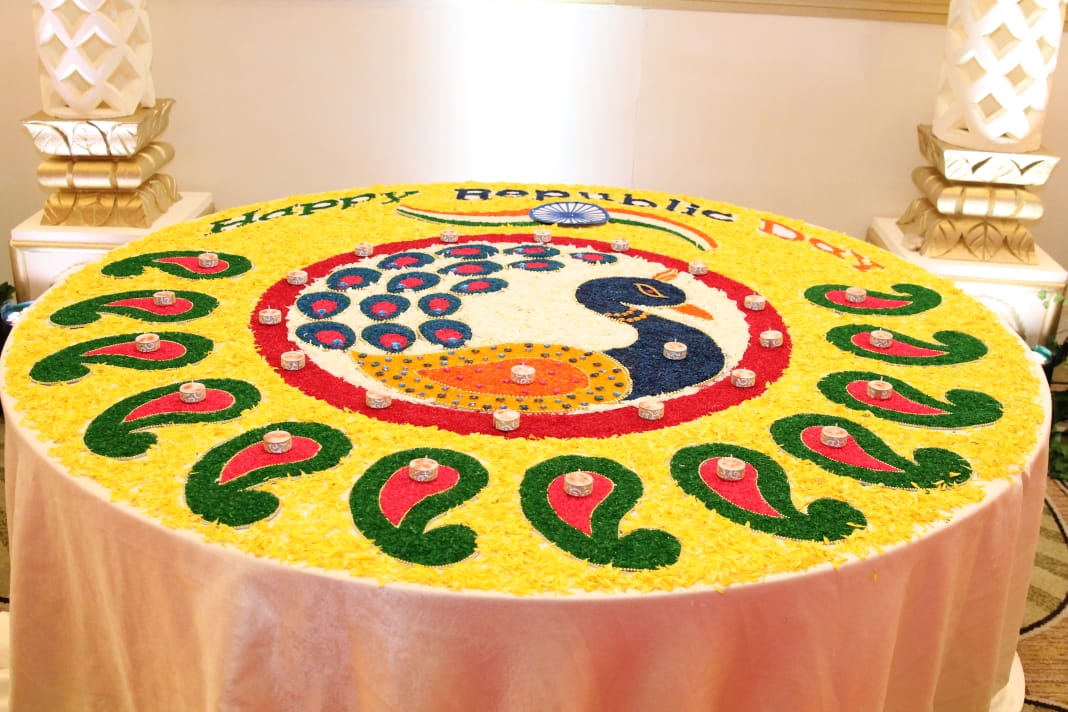 5.​It may be noted that India and Indonesia are celebrating the 70th Anniversary of establishment of diplomatic ties since April 2019 and the commemoration would conclude in March 2020.