Leaders from Indian and Indonesian industries, Members of the Media and my dear friends,

I am delighted to be here today amongst you on my maiden visit to Jakarta.

I am particularly pleased to be visiting Indonesia when both our countries are commemorating the 70th Anniversary of establishment of diplomatic ties. These celebrations were kicked off in right earnest during the visit of Prime Minister of India Shri Narendra Modi to Indonesia in May last year, when along with President Jokowi both Leaders had jointly unveiled the logo for commencement of the 70th Anniversary celebrations.

One of the outcomes of the Prime Minister’s visit pertained to deepening exchanges between the industries of the two sides. It was therefore indeed an important announcement during Prime Minister’s visit that CII would be opening its representative office in Jakarta. I am very happy to preside over this Inaugural Ceremony of the CII Jakarta office soft launch today.

Friends, as you are aware Indonesia is India’s largest trade partner in Goods in the ASEAN region. Our bilateral trade crossed US $ 20 billion last year. There is an immediate urgency to address the trade deficit and look at means for achieving a more balanced trade basket through greater and diversified exports. We aim to achieve it by expanding bilateral trade. Hence achieving the target of US $ 50 billion in bilateral trade by 2025 has to be an important endeavor. We do hope that with the opening of the CII office in Jakarta, the bilateral trade target of achieving US$ 50 billion by 2025 would be set on the right track.

I am also given to understand that there is a sizable Indian industry presence all across Indonesia spread over sectors like Energy, Infrastructure, Pharmaceutical, Textiles, Banking and IT services. I do hope that with the commencement of operations of the representative office of CII Jakarta, Indian Industry would find an ideal platform to engage with their Indonesian counterparts on a more proactive and sustained basis. Likewise Indonesian entrepreneurs could also use CII to get more information and as a channel for creating business partnerships.

In times of global economic uncertainty such as the present one, it is critical for large developing countries like India and Indonesia to join hands and forge collaborative partnerships so that our regions are sufficiently prepared to deal with the global economic challenges.

I would, therefore, request the Chairman of the Indonesian BKPM to encourage Indonesian industries to focus on India as a “key ally” and “reliable business partner”, as we jointly attempt to scale up the India- Indonesia Comprehensive Strategic Partnership. 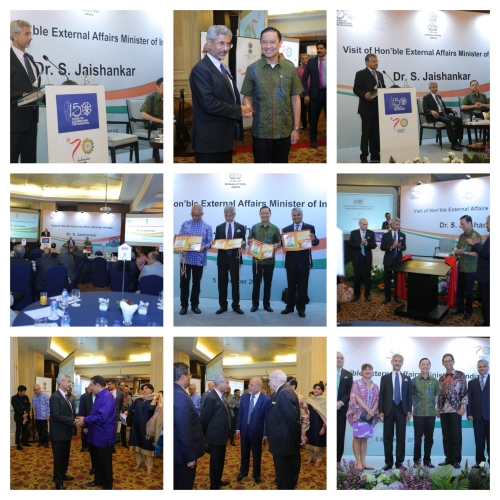 I am also extremely delighted to preside over today on an initiative that the Prime Minister of India had undertaken last year, which was to launch across the globe celebrations to commemorate the 150th Birth Anniversary of Mahatma Gandhi.

I am particularly happy therefore that we are unveiling today in Indonesia a special commemorative cover issued by the Department of Posts of Indonesia to honor the memory of the Mahatma.

As two ancient civilizations bound by shared cultural chords, both India and Indonesia are founded on the fundamental edifice of “Unity in Diversity” or “Bhinneka Tunggal Ika”, as you call it in Bahasa.

The life and times of the Mahatma and the message of his life echoed the same sentiments of celebrating the diversity of human spirit without differentiation of any kind and ensuring that our respect for mother nature and our environment continues to grow unabated. The adoption of SDGs at the UN reaffirmed the same values that Mahatma Gandhi wanted us to cherish and live our lives by.

It is indeed special that today as we are celebrating 70th Anniversary of establishment of diplomatic ties as well as the 150th Birth Anniversary Celebration of the Mahatma, we are honoring the memory of the world’s greatest apostle of non-violence whom Albert Einstein had rightly summed up as and I quote "Generations to come, it may well be, will scarce believe that such a man as this one ever in flesh and blood walked upon this Earth.”

Once again I would like to thank the Chairman of BKPM for having joined us at today’s special event.

My compliments to CII leadership for establishing their formal presence in Jakarta and on behalf of the Government of India I wish the operations of CII representative office all success. 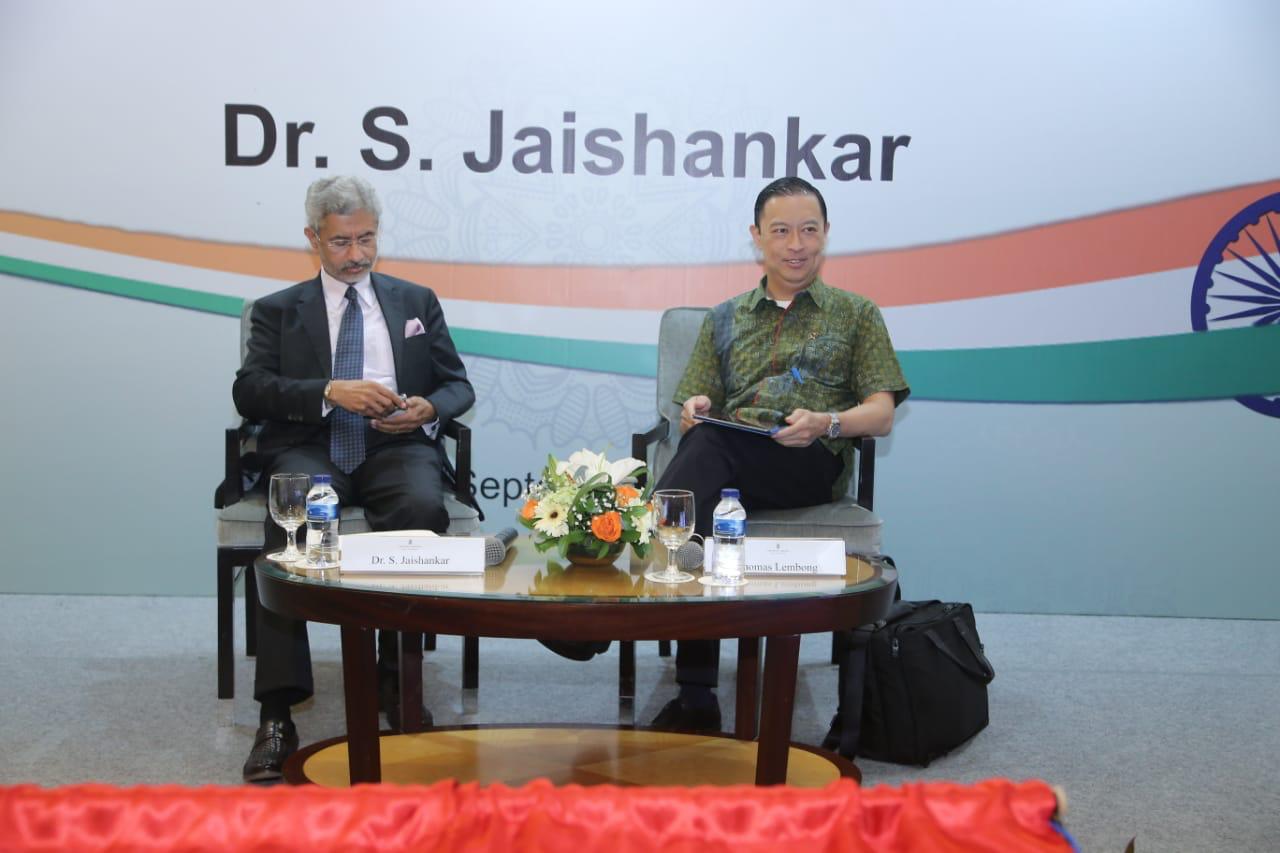 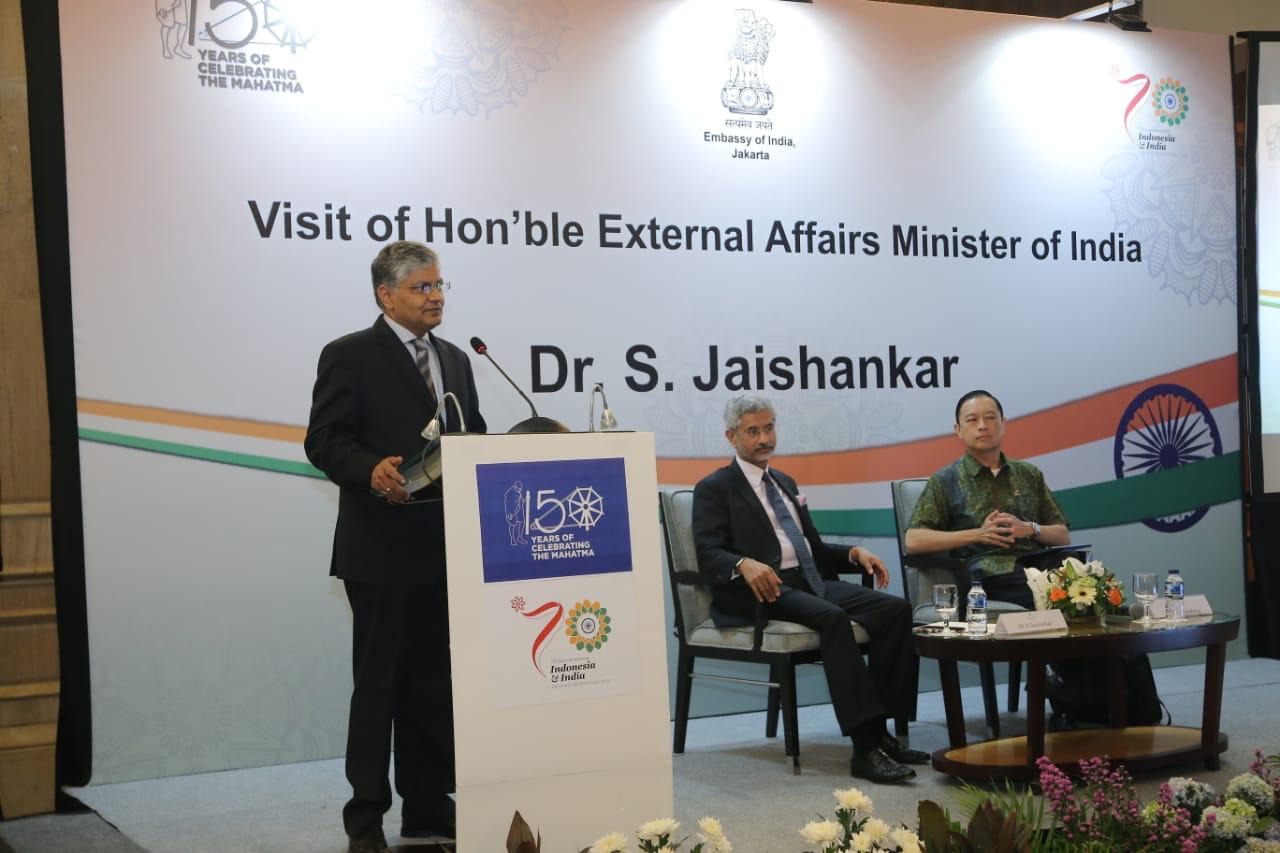 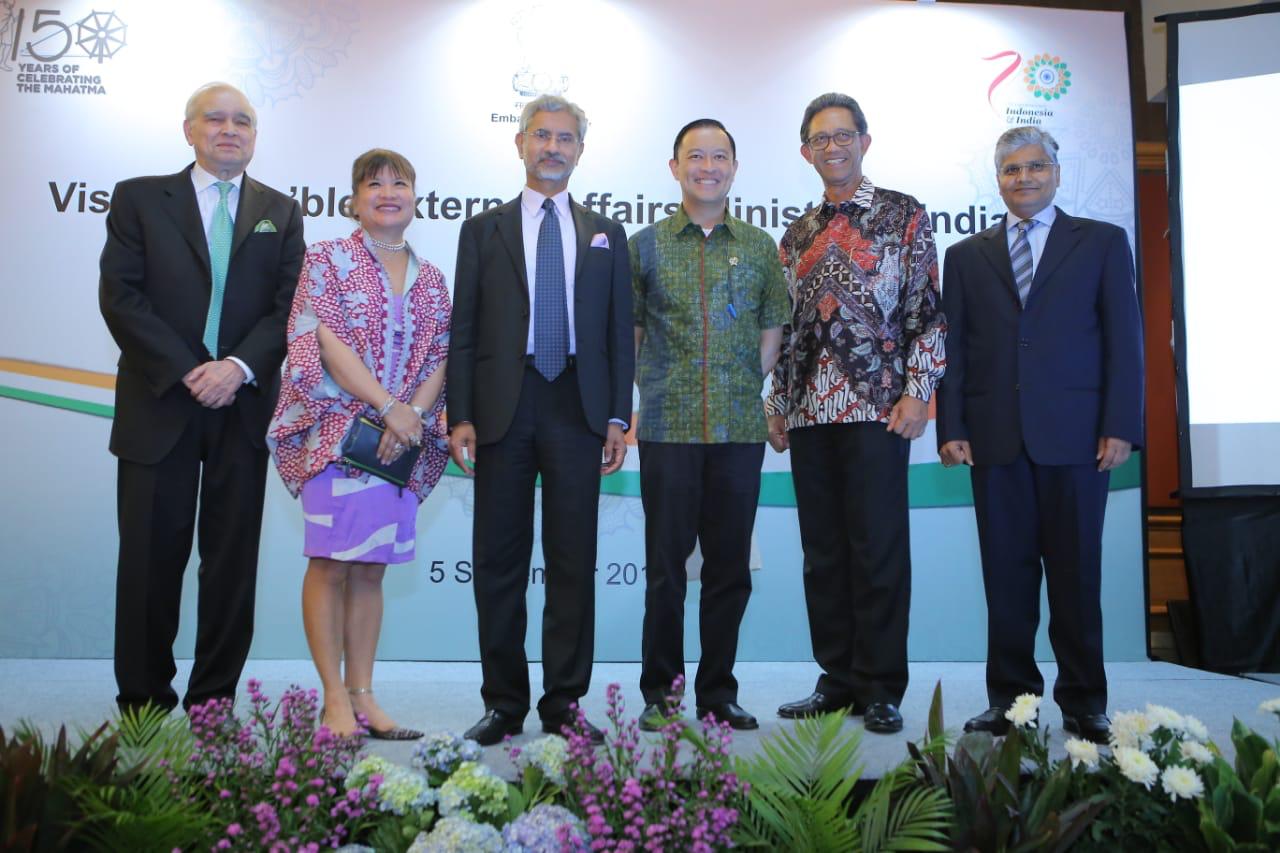 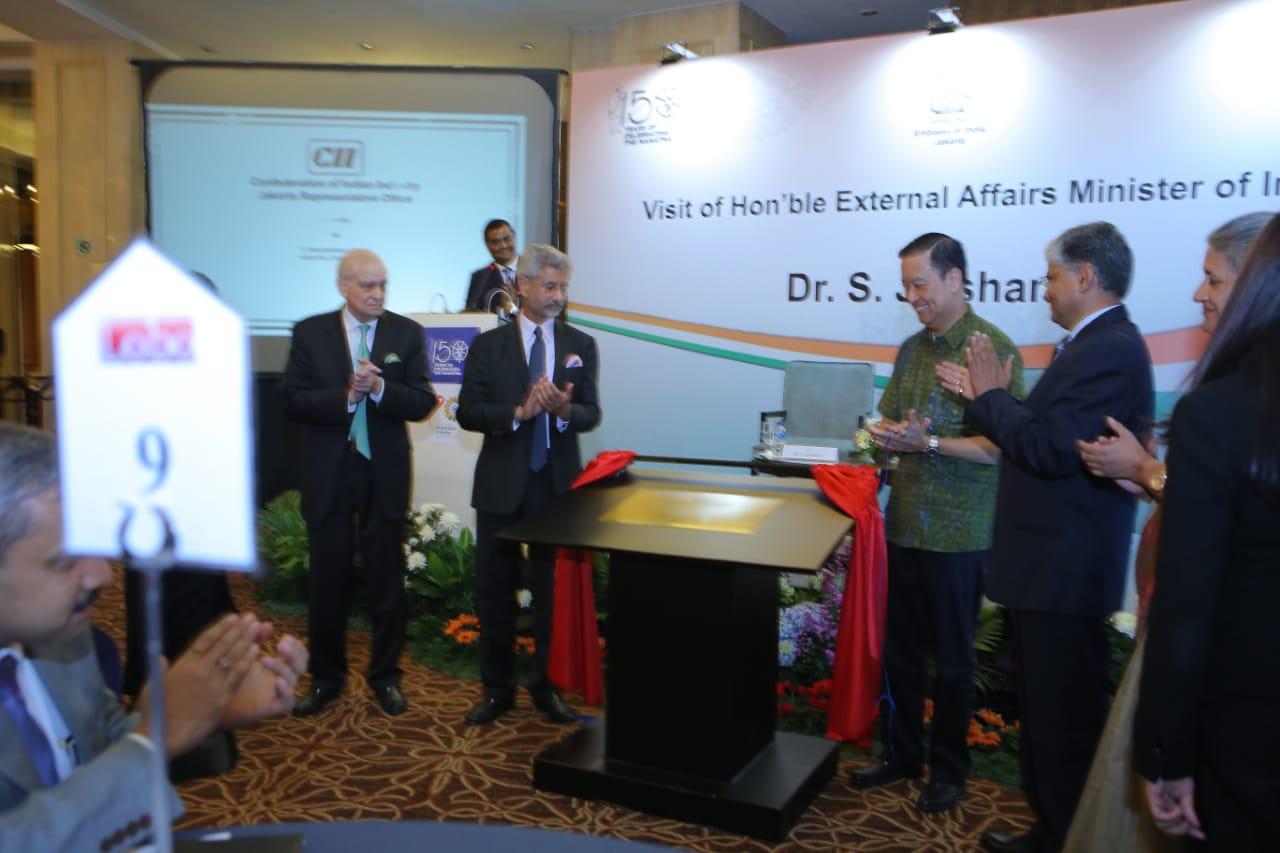 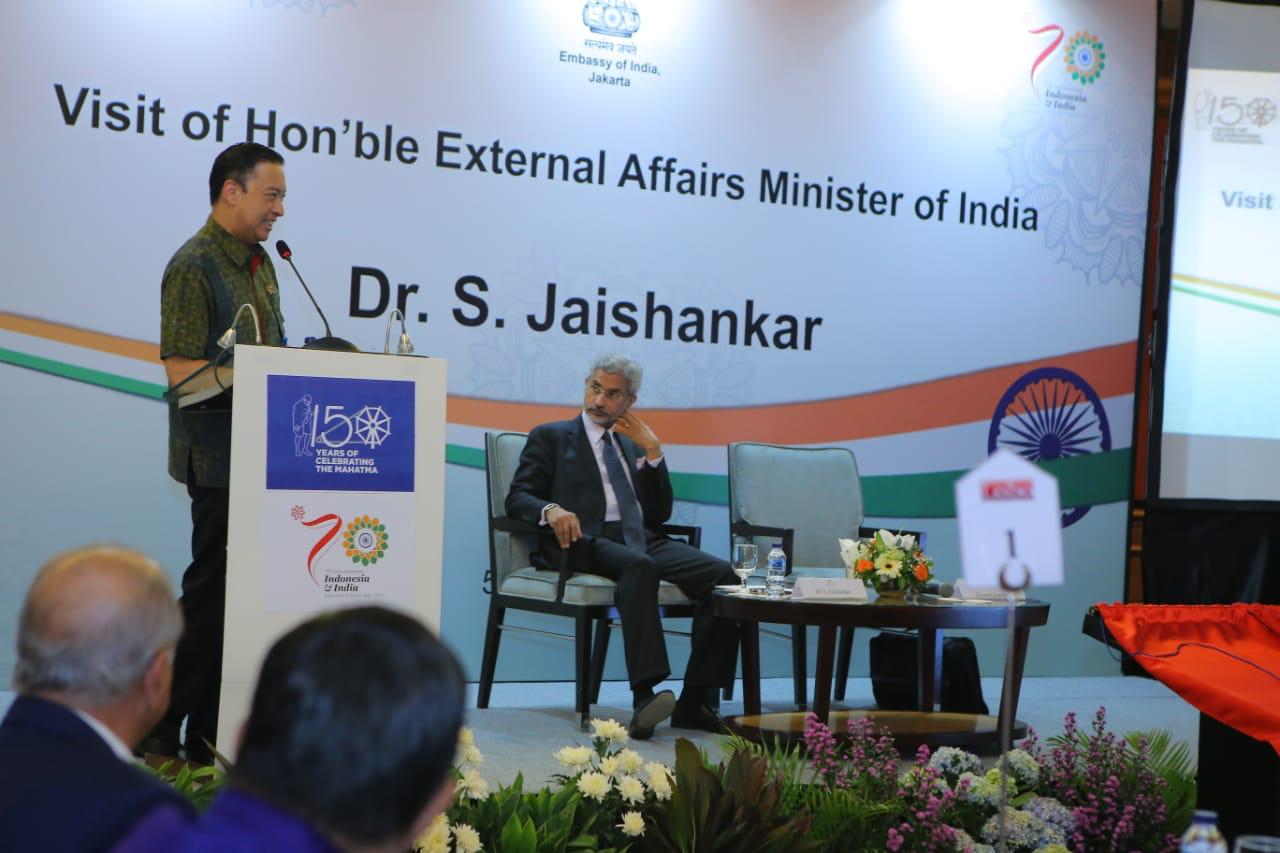 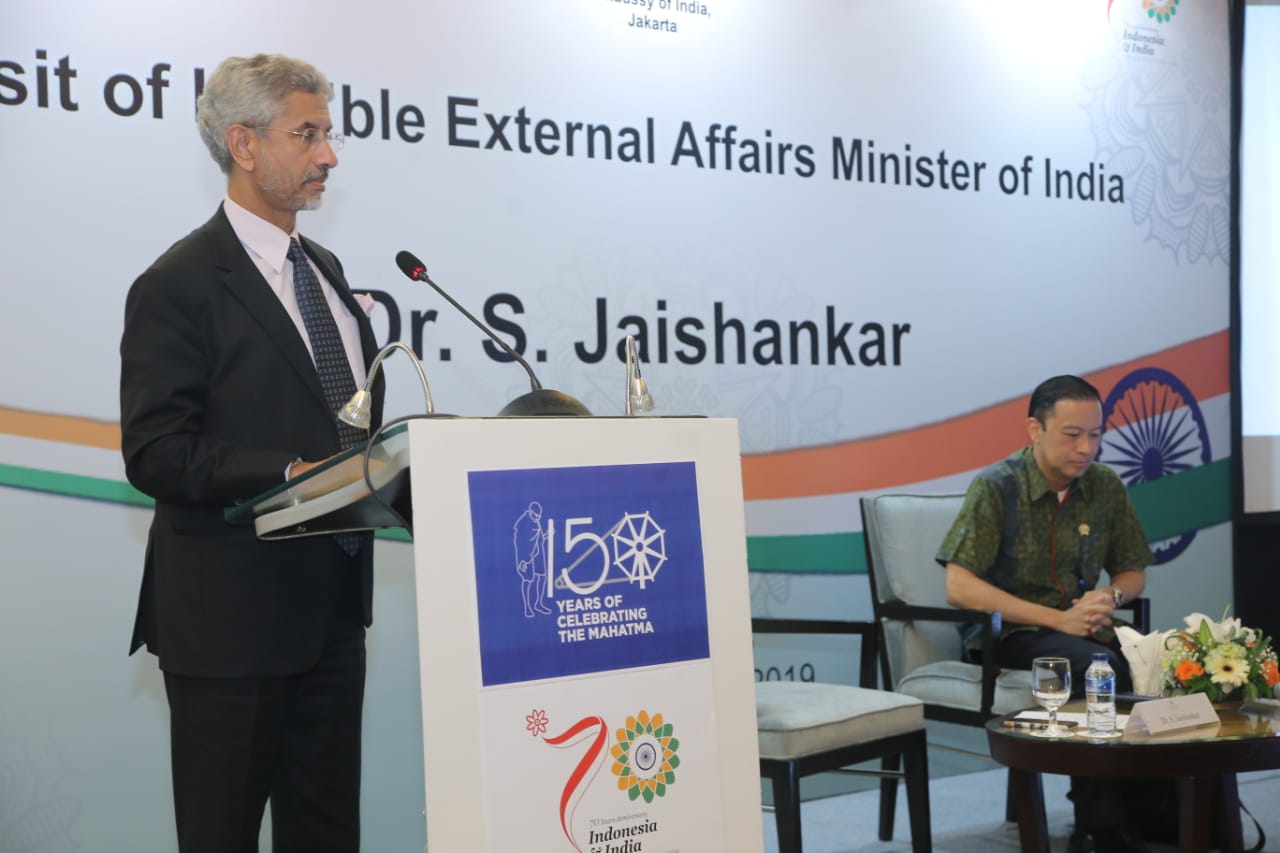 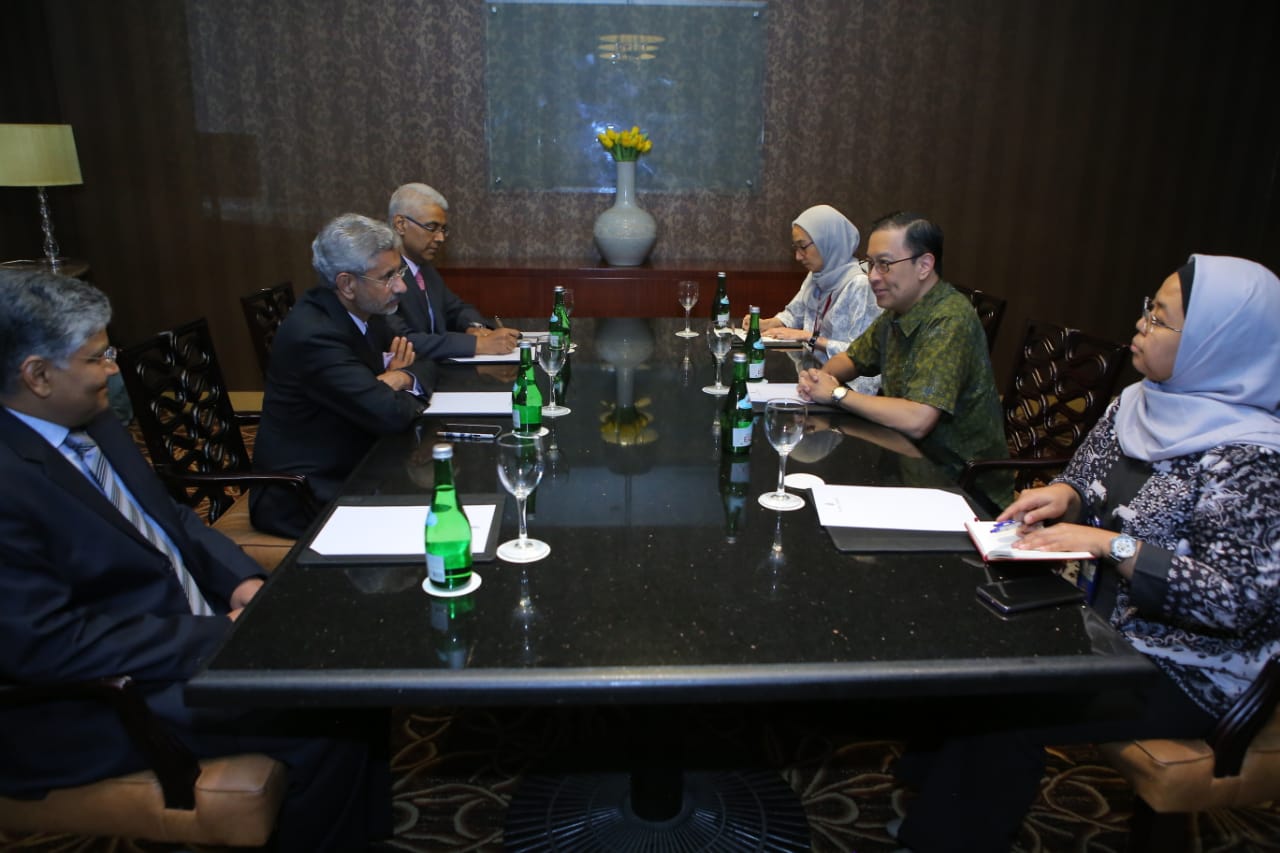